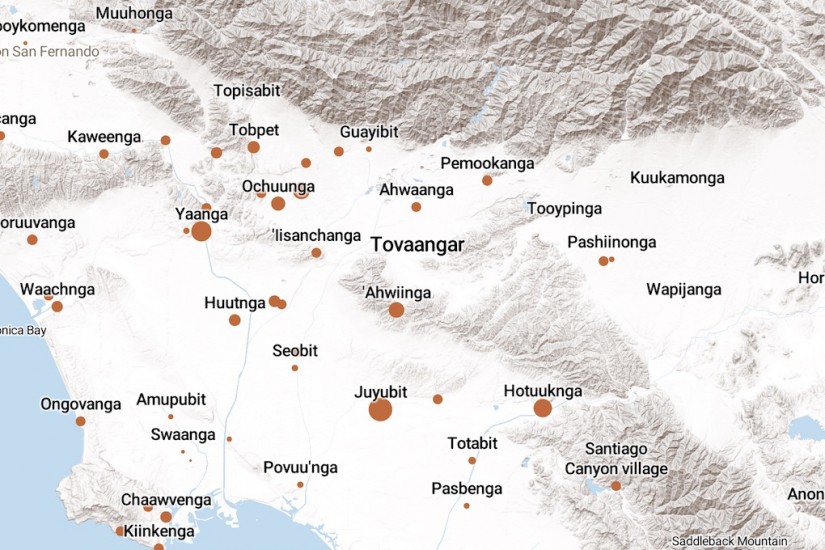 Long before the development of Los Angeles, with its freeways and suburbs, Southern California was known for its grasslands, estuaries and oak-covered foothills.

The original people of Los Angeles, the Tongva, defined their world as Tovaangar. It extended from Palos Verdes to San Bernardino, from Saddleback Mountain to the San Fernando Valley.

Tovaangar supported about 5,000 people in nearly 100 villages. Each village was independent and interconnected. Baptismal records from the Spanish missions collected by the Early California Cultural Atlas project suggest the size of each village, represented in orange on the map.

The village Povuu'nga in east Long Beach was the “place of emergence,” where the Tongva believed their world and their lives began. It is considered a sacred site.

The village Shevaanga was north of Whittier Narrows, close to the second location of Mission San Gabriel (the original site was abandoned after flooding). The Spanish were the first to encounter the Tongva, whom they called Gabrieliños.