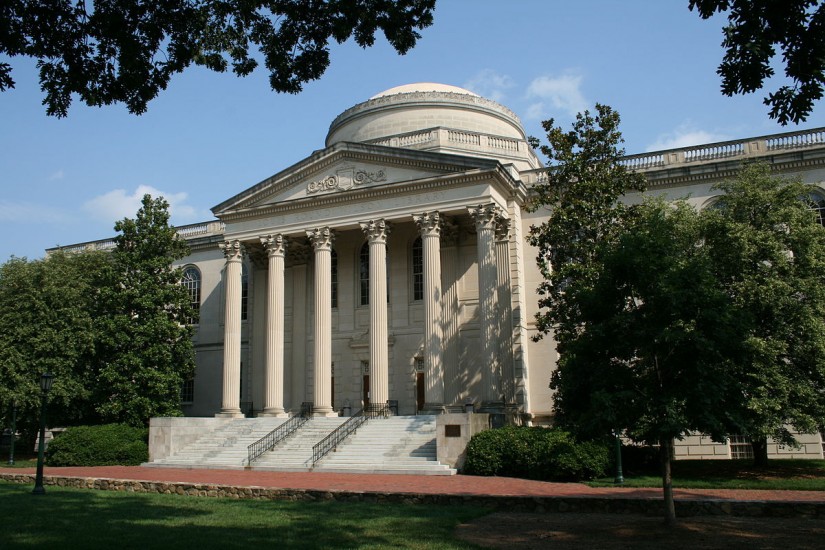 The Louis Round Wilson Library at the University of North Carolina–Chapel Hill (2008).
Ildar Sagdejev/Wikimedia
…

I've been teaching history for 20 years. Now I'm the undergraduate adviser at a flagship public university, advising hundreds of students at any one time. There are lots of students interested in political and military history. They find their interests well served by a huge range of courses on both subjects, often taught in ways that incorporate our best understandings of how politics and war interact with other fields of analysis (technology, race, gender, economics, and countless more). In my experience, though, the demographic of students seeking courses on political and military history tends to skew white and male. Meanwhile, the undergraduate population on American campuses is increasingly racially diverse and majority female. If history is going to thrive, it is going to have to serve all the populations that are coming to college.

And that's what historians are doing. At my university, just looking at enrollment for next fall, popular classes include a history of soccer (including considerations of race, gender, colonialism, nationalism, economics), the history of food, World War I, early Christianity, religion and U.S. culture, immigration, Hitler's Germany, and the Crusades. Specialized classes on diverse and engaging topics tend to attract students. It's the intro level where we have more trouble, leading to real money problems, as advanced placement classes and changing general-education requirements no longer drive thousands of students into big survey courses. Still, historians aren't abdicating; they're innovating. And as a result, students are finding classes that meet their interests. History, as a discipline, is increasingly as diverse as the world we study.

Still, our numbers of majors keep falling. It's not happening everywhere, of course; history majors at some elite schools continue to do pretty well, especially at Boot's own Yale. In the last few years, history at Yale has been thriving thanks to fairly modest innovations around providing direction and building community. One professor told me recently over the phone that the department throws a party with cake at the beginning of each semester, forms student cohorts, and lays out clear pathways through the major. Enrollments in history at Yale have been surging. We don't all need to start buying cakes; the key is to find ways to turn students' natural interest in history into course registrations and majors.

Because there are plenty of students who love history. Some pursue that love into departments like mine, but others shy away because of concerns about money. College is expensive. They want to be guaranteed a job. Both students and especially their parents believe in a literal-minded way that one's choice of major will determine all professional outcomes. Over the years, I've had hundreds of conversations with students who wanted to study history, but didn't think they could get a job if they did so. The endurance of this idea reflects a fundamental misunderstanding of the function of college in educating young minds, and of how job outcomes work. It turns out that history is, in fact, a pretty practical degree, as are most of the liberal arts. Historians get excellent jobs.