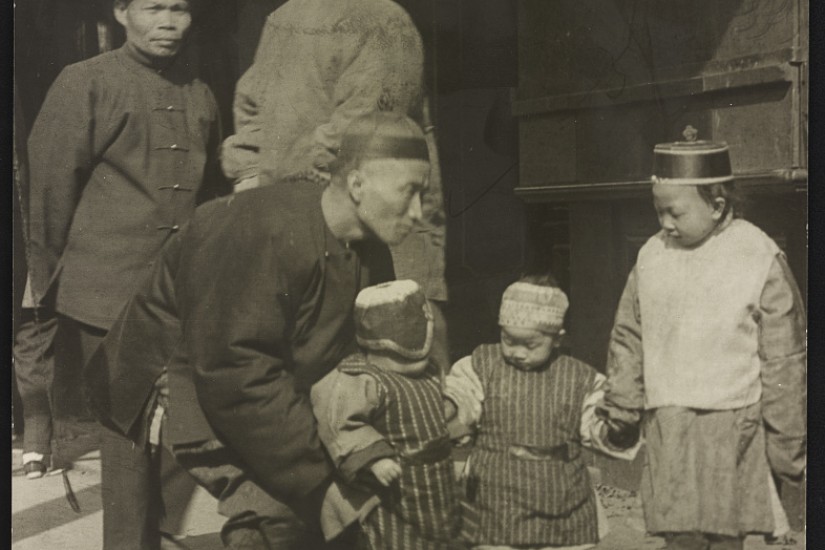 Shortly before midnight on March 6, 1900, three men gathered at a coffin shop in Chinatown to examine the body of a 41-year-old Chinese man who had died earlier that day. The police surgeon, a city health official, and a young bacteriologist palpated the corpse’s swollen lymph glands and found a small sore on his thigh. Piercing the skin, they drew blood and lymph fluids and placed drops of them under a microscope. With a stain that made the germs turn pink, they saw clusters of short, rod-shaped bacteria swimming under the lens. It looked like bubonic plague.

Confirming that suspicion would take days, but city officials leaped into action. That night, the Board of Health ordered a quarantine of Chinatown. Under the cover of darkness, some 35 police officers spread out around 12 square blocks. They strung ropes across key intersections and blocked foot traffic and wagons from coming in or out. Only police and health officials were permitted to cross the barriers; supplies to the quarter, at least at first, were passed under the ropes. Chinese who tried to leave the area were blocked by officers carrying nightsticks and pistols.

Most San Franciscans learned of the quarantine the next morning. Some read about it in the newspapers; others pieced together the story on their own after their servants, cooks, and porters failed to show up for work. The chef at the Palace Hotel struggled with the breakfast service, because a dozen or more of his Chinese employees couldn’t get past the barricades to reach the kitchen. The Chinese who supplied hotels and restaurants from their gardens outside the city were unable to leave Chinatown to harvest their long beans and mustard greens. A story in the San Francisco Chronicle condemned the quarantine as having been too hastily imposed: “The central telephone in Chinatown was kept busy for hours making connections for angry citizens who were trying to get trace of missing servants.”

A quarantine rope strung across Stockton Street prevented the Mission Home’s residents and staffers from reaching Chinatown’s main shopping area. The cable cars that normally rattled past Portsmouth Square on the Sacramento—Clay Street line were halted, and ships heading back to China left without passengers from Chinatown. Some people found their way in and out of the blockaded area by descending underground to pass through the connecting cellars of houses or by quietly traversing rooftops.