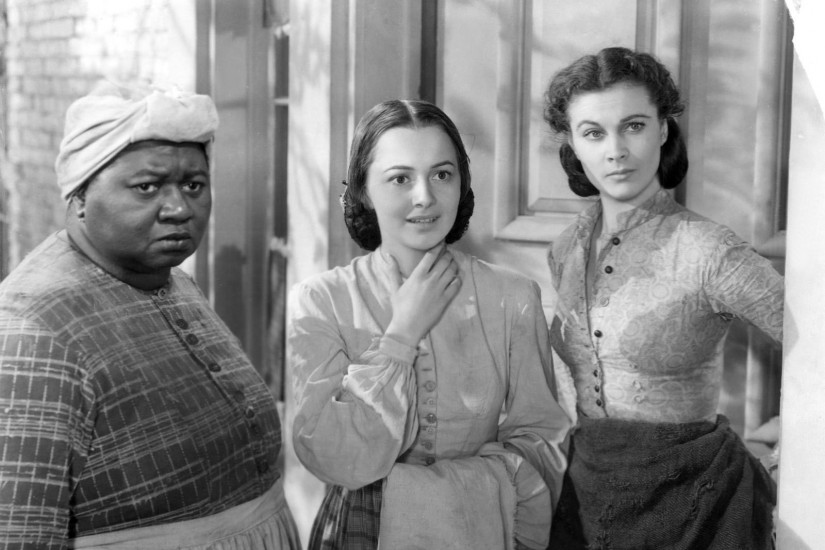 A publicity photo for the film Gone With the Wind. The character Mammy, played by Hattie McDaniel, is on the left (1939).
Wikimedia Commons

In his painful and powerful essay “My Family’s Slave,” Alex Tizon writes that, as a child, his primary point of reference for the place Eudocia Tomas Pulido, or “Lola,” occupied in his family’s life was “in slave characters on TV and in the movies.” That Tizon saw echoes of “Lola” in the character of Pompey, a subservient, scraping, black manchild to John Wayne’s rugged frontiersman in The Man Who Shot Liberty Valence, is telling. It points to the ways in which stereotypical depictions of black people and popular narratives of slavery and emancipation provide a very American context for Tizon’s story of immigration and exploitation.

Tizon, for his part, seems reluctant to fully make the connection. And some readers from the Philippines have pointed out that their country has a distinctive history of slavery with marked differences from chattel slavery in the antebellum United States, while others note the more pertinent context of modern human trafficking. Still, Tizon’s own essay demands the comparison to American slavery and its legacies. His story joins a tradition that began with what’s known as “the faithful slave narrative,” morphed into the dominant “mammy” ideal by the later 19th century, and has persisted, to the present day, through mainstream popular culture and in stories of black caregivers whose deep love for the white children they cared for transcended the cruelty and coercions of their circumstances. I examine this tradition and its wide cultural and political impacts in my 2007 book, Clinging to Mammy: The Faithful Slave in Twentieth-Century America.