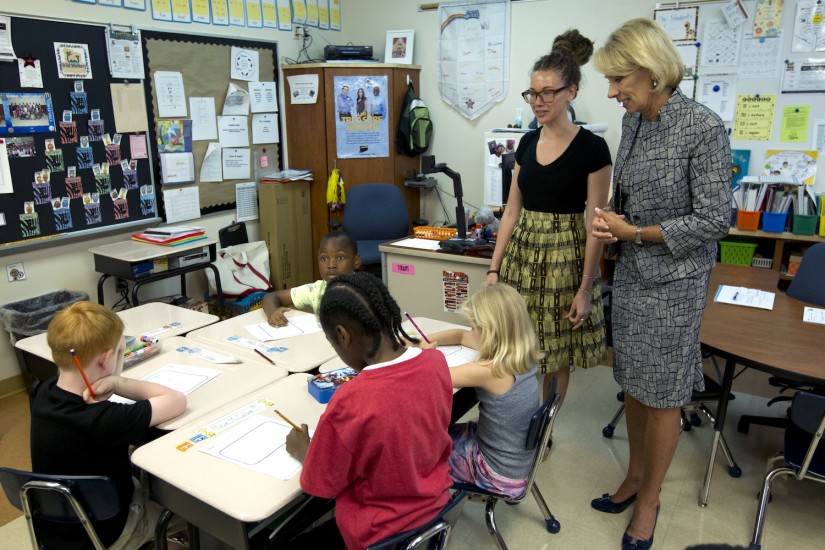 “Today, it’s often defined as one type of school, funded by taxpayers, controlled by government,” she said. “But if every student is part of ‘the public,’ then every way and every place a student learns is ultimately of benefit to ‘the public.’ That should be the new definition of public education.”

While this sounds reasonable, even enlightened, on its face, those familiar with the history of American education know all too well that DeVos’s new idea is actually a very old one — one Americans rejected two centuries ago for a simple reason: It didn’t work.

Viewed through that lens, DeVos’s plan is not an innovation, but rather a step backward into the dysfunctional ideas out of which our current public-school system evolved.

DeVos’s “new definition” is exactly how American elites thought about public education in the first half of the 19th century. Cities such as Philadelphia and New York cobbled together funding from a range of sources to make schools available for every child, no matter how much money the child’s family had. In northern cities, reformers created schools for white children and separate “African” schools for black people. They welcomed boys and girls, and though their schools were heavily flavored by Protestantism, they welcomed children of all faiths, at least in theory. They did not rely only on taxpayers to fund these schools, nor did they insist on government control.

Instead, the first generation of education leaders begged and borrowed from governments and private philanthropists to create schools for all, believing their project was of benefit to the American public. Back then, a public school was simply one that served the public; the funding usually came from a blend of public and private sources, and the schools themselves were usually run by churches and private charitable organizations, not government agencies. Nevertheless, as one involved New Yorker wrote in 1825, these public/private schools were decidedly “a scheme for the public good.”

The problem was that the funding was never enough. As that same New York reformer concluded in 1825, too often these schools had “inadequate means, and [were] managed by incompetent hands.” As a result, reformers fought for decades to create our current system of public-school funding and control.