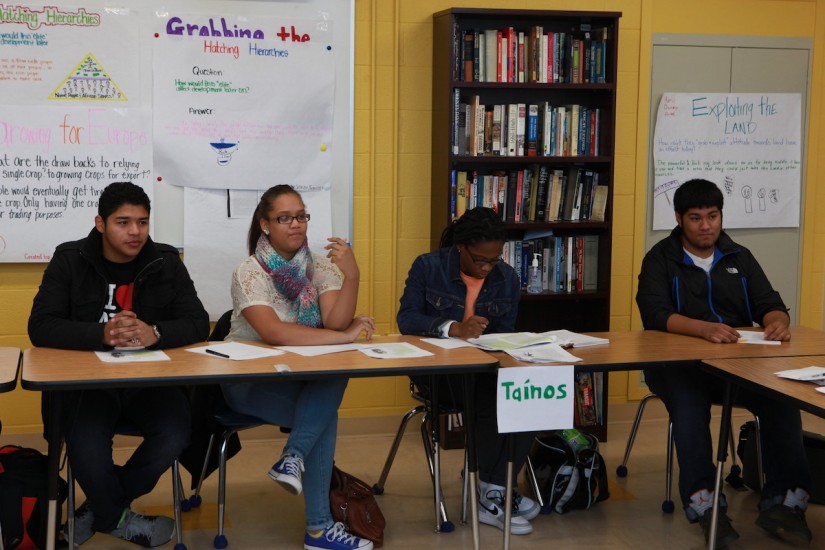 Ohio, 2011: A teacher assigned a 10-year-old black student to play an enslaved person in a slave-auction simulation. Georgia, 2017: A school asked fifth-graders to dress up as Civil War “characters” for a “Civil War Experiential Learning Day.” A black parent, Corrie Davis, reported that her 10-year-old’s white classmate dressed as a plantation owner and told her child, “You are my slave.” New York City, 2018: Officials fired a white teacher who reportedly made black students lie on the floor and then stepped on their backs to show them what slavery was “like.” And just last week, a Tennessee father tweeted about a “Living History” exercise at his daughter’s school where a fifth-grade student dressed up as Hitler and did the Nazi salute. Soon thereafter, students began giving each other Nazi salutes “in the hallways and at recess.”

How could any teacher think these historical games were good ideas? The short answer: Teachers with no sense of perspective tried to make history personal and ended up reinforcing white supremacy in the name of “learning.” (Though it’s not always clear what race the instructors in these stories are: In 2015–16, 80 percent of teachers in American public schools were white, serving a student population that was 51 percent minority.) The longer answer: These classroom incidents show how pedagogical ideas about the value of experience in learning about history, good intentions to teach “hard histories,” and vague liberal goals of multicultural understanding can all go terribly, terribly wrong.

The idea that “living through” history, in a controlled fashion, has educational value comes from the early-20th-century Progressive education movement. Researchers Hilary Dack, Stephanie van Hover, and David Hicks have traced the idea behind what they call “experiential learning” back to the theorist and educator John Dewey, who believed that you learn things more deeply when you experience them, rather than when somebody sits at the front of the class and tells you about them.

In a database search, I found that journals for history teachers began to feature articles about role-playing in the classroom in the late 1970s and early 1980s. That’s probably due to the influence of a few prominent role-playing projects. These pedagogical exercises were explicitly anti-racist in their intention, and they had dramatic outcomes that brought them media attention. In 1967, California history teacher and activist member of Students for a Democratic Society Ron Jones carried out a project called the Third Wave, which enlisted students in a quasi-fascist fictitous social movement to illustrate how people could come to support Nazis during World War II. The students were far more enthusiastic about the movement than Jones had expected—an outcome that dismayed him.