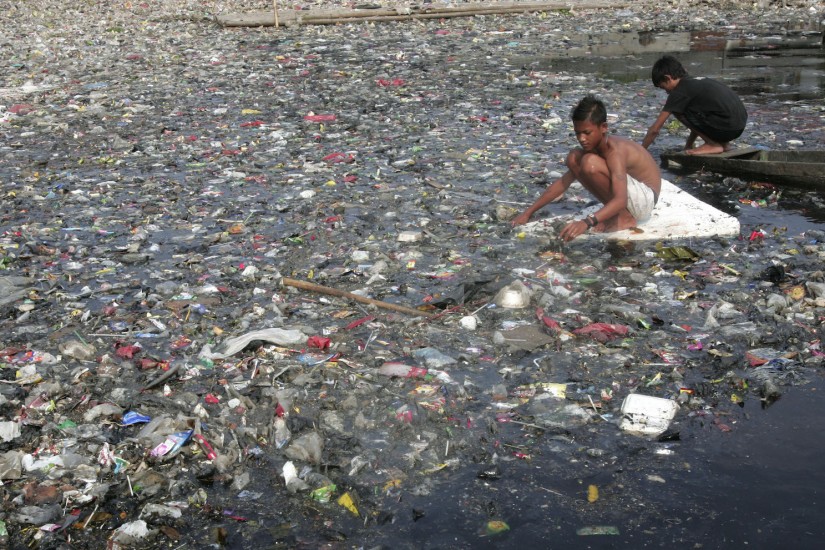 New York’s Suffolk County had a trash problem. Facing brimming landfills and public pressure, legislators took a first-in-the-nation step: They banned plastic bags. But what the county saw as part of the solution, the plastics industry took as a threat.

“We had never seen lobbyists like this before,” said Steven Englebright, the chief sponsor of the bill. “The B.S. came in by the shovel-load.”

That was in 1988. Soon, Suffolk County —  on Long Island — inspired similar initiatives in municipalities across the country. As one lawyer for the industry wrote in an internal memo from the time: “Several years from now we may look back on 1988 as the opening round in a solid waste/packaging war.”

The plastics industry — from the chemical giants making the building blocks of plastic to companies using the packaging to sell their products — has been waging that war for more than 30 years. It has pumped millions of dollars into pro-plastic marketing, high-profile lawsuits and lobbyists who travel the country promising that recycling, not bans, presents the best way forward. All this despite decades of repeated warnings about weak recycling markets and plastic pollution problems.

Today, about a dozen states restrict local governments from regulating plastic items, while only two (with a third pending) have passed statewide plastic-bag bans. And manufacturers are profiting from a plastics boom. According to the research firm the Freedonia Group, by 2025, the plastic packaging market will be worth roughly $365 billion.

“The industry has kept us from confronting plastics for decades through corporate lobbying and threats of litigation,” said Jennie Romer, a lawyer, longtime anti-plastics activist and founder of the website PlasticBagLaws.org. “Billions of single-use plastic items have made it into our environment because of this.”

Of the roughly 300 million tons of plastic waste the world creates every year, an estimated eight million tons makes its way into oceans. In March, scientists examining a dead whale found more than 88 pounds of plastic in its stomach. Because the material often breaks down into tiny particles, the oceans contain an estimated 5.25 trillion microplastics, which can easily absorb toxic chemicals and emit climate-changing gases.

“We believe uncollected plastics do not belong in the environment,” the Plastics Industry Association, a key trade group, wrote in a statement after declining an interview. “The problem is that waste management practices and infrastructure did not keep pace with the changing economy.”