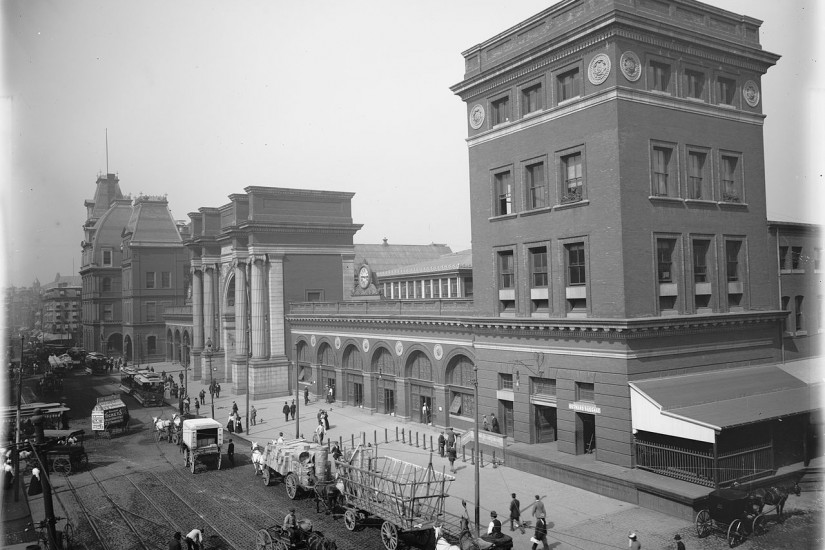 Between the end of the Civil War and the early 20th century, the United States underwent one of the most profound economic transformations that any country has ever experienced. “One can hardly believe there has been a revolution in history so rapid, so extensive, so complete,” wrote John Dewey in 1899, referring to the nation’s new economy of coal, iron, and steam. In 1865, the United States lagged far behind Britain in manufacturing output; by 1900, it would surpass the totals of Britain, France, and Germany combined. The rapid expansion of the railroad network created an integrated national market for manufactured goods.

Meanwhile, the financial system was consolidated under the control of Wall Street. These changes led to the emergence of a new plutocracy that enjoyed previously unimagined wealth. What Noam Maggor, in his new book on this period, Brahmin Capitalism, calls “the origins of modern capitalism in America” also provoked popular insurgencies that sought to tame the rampant inequality of wealth and political power, and some of the most violent labor conflicts in modern history.

Maggor exemplifies a generation of young historians whose work, inspired in part by the 2008 financial crisis, sheds new light on the history of American capitalism. Of course, this is a subject that has long attracted the interest of historians. But as Maggor notes, too often the emergence of the modern economy has been presented as an “almost automatic” process. In retrospect, the triumph of industrial capitalism can seem inevitable, the result of inexorable economic forces rather than human decision-making and political and social conflict. Many historians of capitalism choose to breathe life into the story by focusing on the economic shenanigans of the fabled “robber barons” like Jim Fisk, who tried to corner the gold market, and Jay Gould, the manipulator of railroad stocks, or on individual “titans of industry” like Andrew Carnegie and John D. Rockefeller.

But for Maggor, the history of capitalism is “much more than the history of capital and capitalists.” While primarily interested in the managerial techniques and financial strategies of elites, he is also careful to show how ordinary Americans responded to the economic revolution. His basic point—and this is what unites his work with the burgeoning cottage industry examining the history of capitalism—is that the system was created, not imposed by natural forces, and that its final shape was the result of conflict at all levels of government and society.