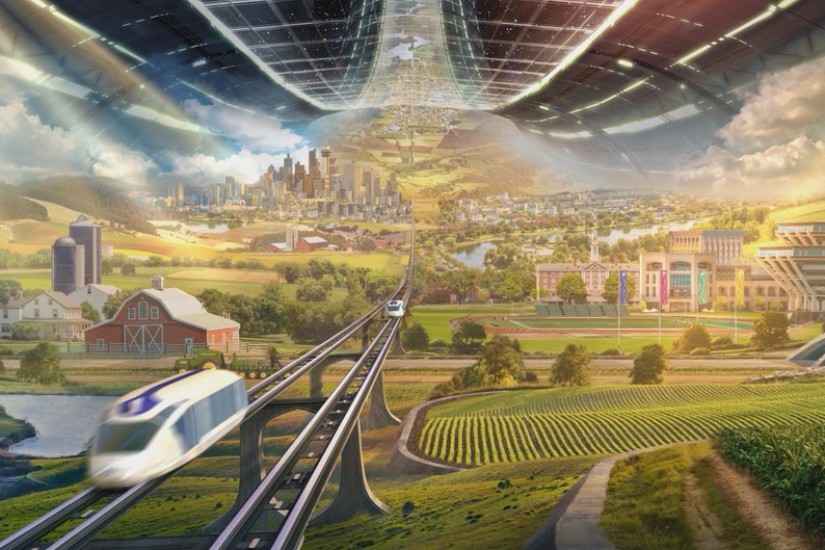 O’Neill’s project began in 1969. Despite the success of the Apollo moon landing, his physics students at Princeton were becoming disillusioned about the prospects of engineering to change the world for the better. The Vietnam War was dragging on, and persistent social and racial inequality made technology seem inadequate to address political change. O’Neill asked an advanced group of students to study a direct question: “Is the surface of a planet really the right place for an expanding technological civilization?”

The “O’Neill colonies” that he designed in response to this question, first with his students, and later with teams of architects, planners, engineers, and artists, were huge cylinders, spheres, and toruses with new surfaces for new kinds of civilizations inside. O’Neill’s book about this work, The High Frontier, was read by millions and has remained in print almost continuously.

Jeff Bezos was one of Gerard O’Neill’s students at Princeton in the mid-1980s. By then, cultural interest, and NASA funding, for O’Neill’s ideas had peaked.

Gerard O’Neill had pitched his huge habitats as the solution for overpopulation, industrial pollution, ecosystem extinction, the energy crisis, and the culture wars. But in the era of Reagan and Thatcher, economic expansion on Earth’s surface—without any thought for consequences—seemed to be back on the menu. Meanwhile, the appetite for large-scale public expenditures had soured.

Now, in 2019, Jeff Bezos wants his private space company to take over the public imagination about life in space. Bezos is the head of a retail empire, and he knows how to sell an image, but what he’s offering today is a watered-down version of nostalgia for yesterday’s future. Bezos’s proposal is a version of O’Neill’s project that somehow manages to look and feel less futuristic than its predecessor.

The renderings produced for O’Neill’s 1970s project were painted by Rick Guidice, who trained as an architect and graphic artist, and Don Davis, who had a background illustrating planetary science. Both men had roots in the counterculture, and they filled their space-habitat interiors with Buckminster Fuller’s domes and Reyner Banham’s architectural megastructures. In 1975, this was still what the future looked like.

But Bezos’ renderings, like his bigger ideas, don’t contain anything new.