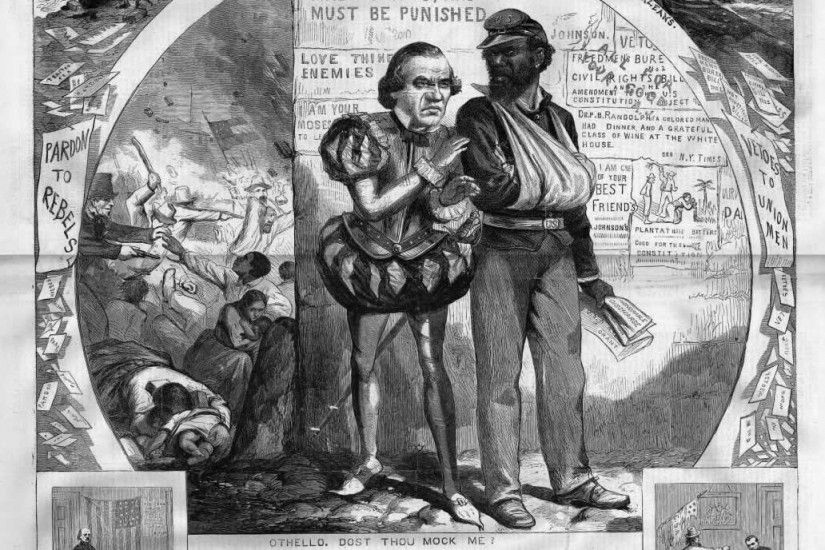 In March 1867, it had been nearly two years since the end of the Civil War—but the bloodshed was far from over. Massacres of African-Americans in southern states had continued unabated, and the federal government was locked in its own bloodless battles over how to repair a country split in two. But on March 2, 1867, Congress passed what historian Heather Richardson calls “one of the most important pieces of legislation in history”: the Military Reconstruction Act.

“The reason it’s a game-changer is because it divides the 10 southern states into five military districts, requires new state constitutional conventions to be written, and it’s the first time African-American men are given a blanket right to vote over a large area,” says Richardson, a professor at Boston College and author of The Death of Reconstruction. With the troops now mobilized in the former Confederacy, African-Americans’ rights could actually be protected.

But getting to the Reconstruction Act of 1867 was a long, painful slog. Just look at this cartoon by the renowned illustrator Thomas Nast from September 1866. The artist came to the United States from Germany when he was 6. Through his work for Harper’s Weekly and other major publications, he offered some of “the most strident arguments objecting to violence against African-Americans,” says Brooks Simpson, professor of history at Arizona State University. “The war was not concluded, it simply assumed a new stage.”

The precursor to violence in the early Reconstruction era was, of course, the Civil War itself and Abraham Lincoln’s assassination. Following Lincoln’s death, vice president Andrew Johnson ascended to the presidency in the spring of 1865. With Congress out of session, Johnson began implementing a version of Reconstruction consistent with his political ideologies as a Democrat from Tennessee, but counter to those of Lincoln and the Republicans. Johnson offered general amnesty to all southerners who took an oath of future loyalty, demanded that high-ranking Confederate officials petition him personally, and required the southern states to ratify the 13th amendment, abolishing slavery.

“He pardons all but about 1,500 of the leading Confederates,” Richardson says. “Those people who took the South out of the Union are now free and fair citizens again of the United States, less than a year after the end of the war.” The move infuriated northern Republicans, who rallied behind the message depicted in Nast’s cartoon, which Richardson describes as, “don’t put Johnson’s people in office because he’s going to give us back the world we had before the Civil War.”