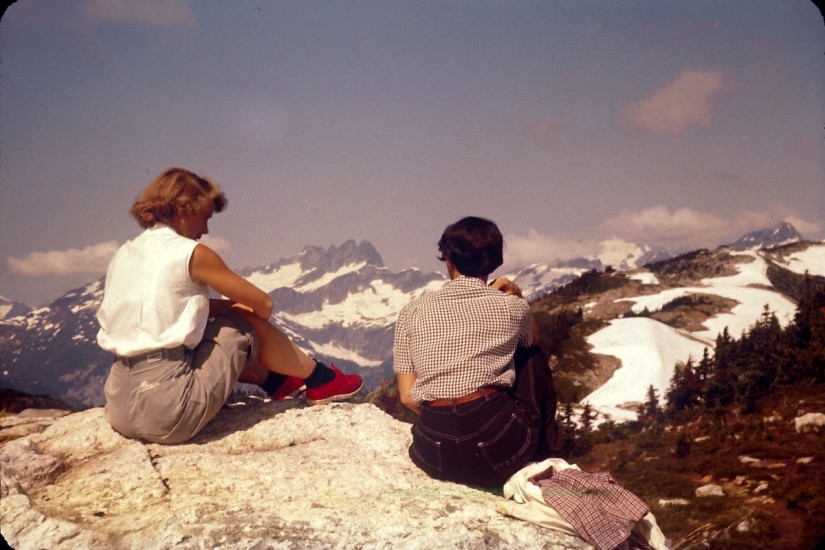 Once in Seattle, NAWSA conventioneers made good use of the connection to the Alaska-Yukon-Pacific Exposition, and vice versa. Fair managers offered free passes to speakers, officers, and delegates for Sunday, July 4th, when Reverend Anna Howard Shaw was scheduled to address the crowd, and July 7th, which was designated “Woman Suffrage Day.” NAWSA staffed a suffrage booth on the fairgrounds, handed out “Votes for Women” buttons and balloons, and even sponsored a dirigible towing a “Votes for Women” banner, all the while capitalizing on the crowds and free publicity. The strong suffrage presence at the fair built goodwill for the upcoming 1910 Washington state referendum.

The convention was also conveniently scheduled to coincide with various other activities likely to draw suffragists to Seattle that summer, as the NAWSA monthly newsletter Progress suggested: “Among the many attractive side trips which may be taken, one of the most alluring is the ascent of Mount Rainier. The Mountaineers’ Club will take its annual outing on this peak July 17 to August 7. The dunnage will go by pack train of horses, the Mountaineers on foot, through the flowery meadows, and in and out of the rugged canyons, the trip reaching its climax in an ascent to the summit by way of the White Glacier,” all for the bargain price of $40. Even though suffrage luminaries such as Alice Stone Blackwell, Charlotte Perkins Gilman, and Harriet Taylor Upton journeyed to Seattle to attend the annual convention, none of them signed up for the side trip, which was a shame, because they missed the chance to join Cora Smith Eaton planting her banner on the summit.

The ascent was a first for the suffrage movement, but it was also part of a long, proud tradition of women climbing. Inspired by pioneers such as Lucy Walker and Meta Brevoort, who first climbed the Matterhorn in 1871, women took to the mountains, both in Europe and the United States. The Appalachian Mountain Club was founded in Boston in 1876, and soon afterward, it admitted women to membership. “In these days of advocacy of female suffrage and woman’s rights,” said an early member with just a whiff of condescension, “it needs hardly to be stated that American ladies can accomplish nearly everything which is possible to their sturdier brethren.” On the West Coast, groups such as the Mazamas, based in Portland, and the Mountaineers, founded in Seattle in 1906, welcomed women from the start; over half of the founding members of the Mountaineers were female, including four physicians. (By contrast, the Explorer’s Club in New York did not admit its first female members until 1981.) With challenging mountain ranges in close proximity to major urban areas, the Pacific Northwest quickly became “a cradle of mountaineering activity.”