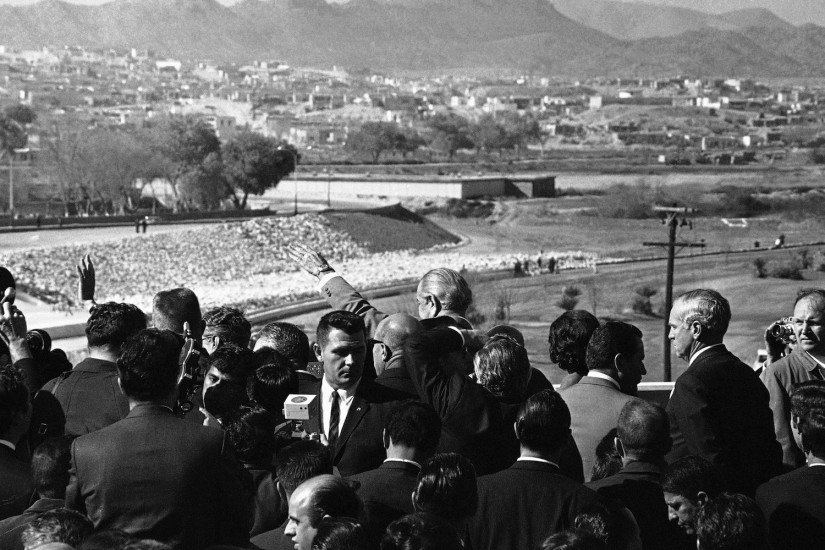 The whole point of setting the border between Mexico and the United States at the deepest channel of the Rio Grande was that the river was not supposed to move. That was the thinking in 1848, when, following Mexico’s defeat by the United States and surrender of its vast northern lands, boundary surveyors from the two countries were tasked with reinventing the border. The choice of the river for the boundary’s eastern half had been obvious: its use as a territorial marker stretched back into the region’s Spanish colonial past, and it was hard to miss and often difficult to cross. But even as he filed his report on the completed boundary survey, in 1856, Major William Emory cautioned that the river might be an unreliable partner in border making. “The bed of the river sometimes changes,” he wrote, “and transfers considerable portions of land from one side to the other.”

Catastrophic floods in 1860 and 1864 demonstrated how fickle the river could be. The torrents were especially devastating where the river snaked between El Paso and Ciudad Juárez; here the south-moving current veered southeast and slammed into the southern bank, carving out new channels. “The noise of the banks falling seemed like the boom of a cannon, and it was frightful,” Inocente Ochoa, a prominent resident of Juárez, recalled decades later. Another, Dr. Mariano Samaniego, the river was so powerful that it “carried away forests.” Reflecting on the floods in 1888, O. H. Ernst, the Major of Engineers of Galveston, Texas, noted with grudging respect that the water exercised “great building as well as destructive power.” Like a barreling locomotive laying down track just ahead of its wheels, he wrote, “the river’s work of altering its bed to suit the necessities of the moment is never-ending.”

By the dawn of the twentieth century, the river’s recurring spring floods had dug a completely new bed for it farther south. About seven hundred acres of land that had once formed part of Mexico—the Chamizal, named for a scrubby plant that grew there—were now connected to the United States. Whether the border had shifted with the river, rounding out the war’s annexationist work, nobody knew.