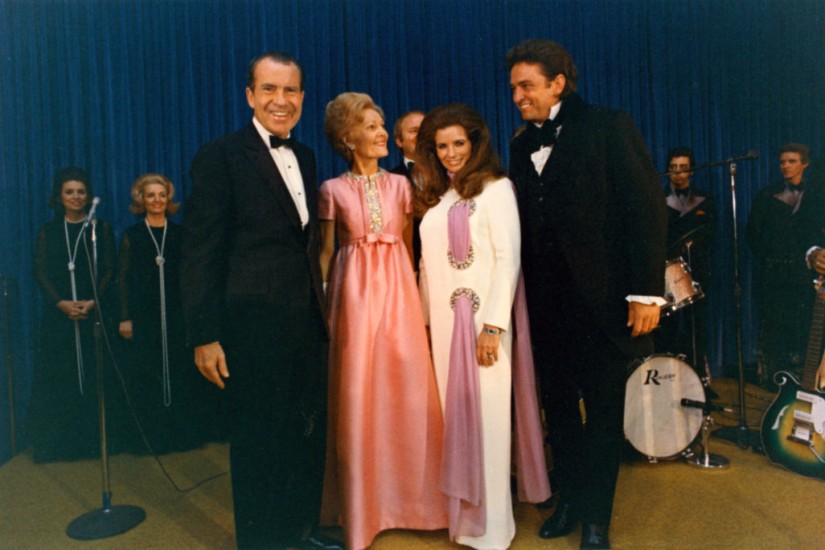 It was a confusing time. Did loving one’s country mean trusting its leaders, or challenging them? Is patriotism measured by deference to government, or defiance? Should a God-fearing American be more troubled by young radicals attacking their most cherished institutions—like the presidency—or by young men coming home in coffins in droves?

In the Nixon era, Cash straddled that divide, representing both sides. His conservative upbringing naturally placed him in one camp, but his unshakeable patriotism and Christian conscience would compel him to also champion the other.

Similarly, over two decades later, Nixon loyalist Pat Buchanan would become one of the most high-profile advocates of populist conservatism, and perhaps more importantly, the face of American antiwar conservatism.

Interestingly enough, in 1970, Buchanan would play a role in Cash’s White House story.

“Nixon wanted to identify with middle America and Johnny Cash was as middle America as you can get,” Buchanan says early in the documentary. “Johnny Cash had been one of my favorite since the mid-1950s… and so I started pushing and others did—let’s bring Johnny Cash to the White House.”

When Nixon gave his “Silent Majority” speech in November 1969, a response to increasing war protests, Cash lent his support to the president on his popular primetime television show. “My family and I here stand behind the president of the United States and his quest for a just and lasting peace,” Cash said.

That’s when Cash got a call from the White House. Nixon invited Johnny and his wife June to perform. They accepted.

The president also wrote a letter. “Dear Mr. Cash, Pat (Patricia Nixon) and I were so appreciative of what you said about us… we want to find an honorable end to the war…”

Buchanan explained the pro-Cash pitch to the president, “Nixon liked classical music, but we persuaded him that this would be a great evening. Also, culturally and socially, Johnny Cash represented Nashville. He represented country and western.”

“This is culturally ‘us,’” Buchanan insisted.

Obviously the president bought it, and it was, of course, true. Cash was Middle America.

But he also had one boot in the protest camp.