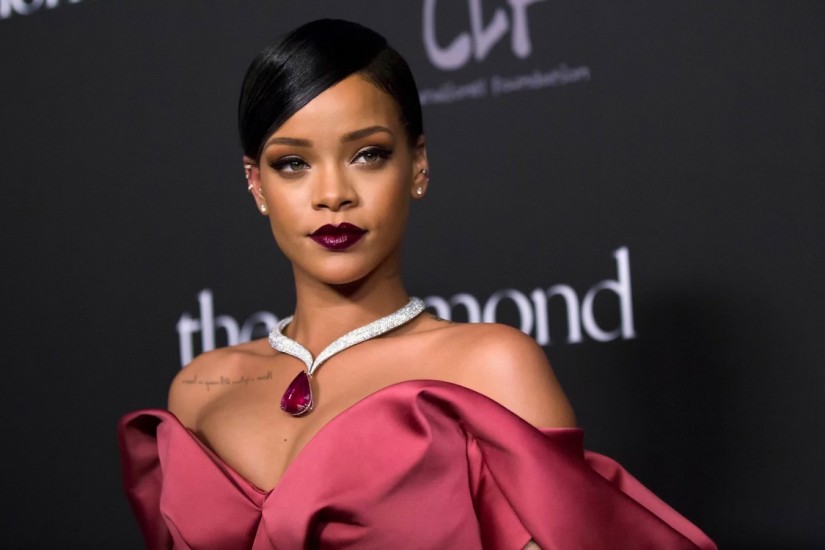 There was a definite glint in the famous green eyes when Rihanna said, “Every collection will change – you’ll see that to come,” at the launch of the first release of her fashion collection with LVMH in Paris last week. We’ve come to expect surprises from Ms Robyn Rihanna Fenty – CEO and creative director of the Fenty enterprise – but what few knew last week was that she had another move up the super-long sleeves of her white jacket-dress: the reveal of her collection imagery, alongside photographs by Kwame Brathwaite, hero of the Black Is Beautiful movement instigated by African-American creative forces in New York in the 1950s and 1960s.

“When I was coming up with the concept for this release, we were just digging and digging and we came up with these images – they made me feel they were relevant to what we are doing right now,” Rihanna tells Vogue. Among the now 81-year-old New York photographer’s archive, she came across a documentary about black female fashion activism in America – a group of young women, known as the Grandassa Models, who got together in the early 1960s in New York. “It was a really strange and powerful parallel,” says Rihanna. “And he gave me permission [to use the imagery], obviously that is a big deal.”

Intent on exercising fashion and beauty as a medium of empowerment and change against the dominance of white-centric popular culture, the Grandassa Models organised sell-out shows that reinvented super-elegant, high-style black beauty, African clothing references and natural hair. Critically influential, years before mainstream designers reappropriated and recast these references, the models were backed up by Brathwaite and his older brother, graphic designer Elombe Brath. All of them were integral players in the coming together of musicians, writers and politicians of the Black Power movement.

The backstory interweaves Rihanna’s personal Bajan history with wildly re-affirming connections between the past and her present. For starters, there is a close-to-home coincidence, she says: “Kwame Brathwaite is from Barbados! And, his last name is my grandfather’s name, which was my mother’s name before she was a Fenty.”