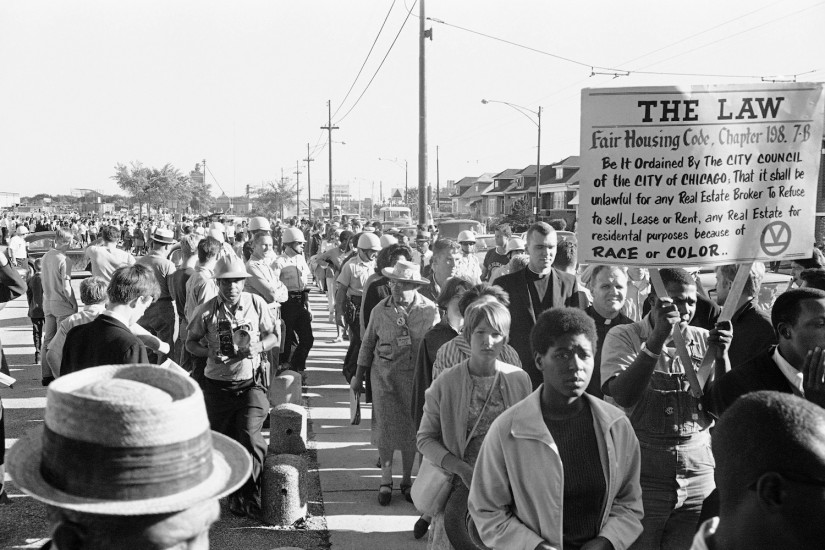 Black families in Chicago lost between $3 billion and $4 billion in wealth because of predatory housing contracts during the 1950s and 1960s, according to a new report released Thursday.

The Samuel DuBois Cook Center on Social Equity at Duke University and the Nathalie P. Voorhees Center at the University of Illinois-Chicago sought to calculate the amount of money extracted from black homeowners on the city’s South and West sides from home contract sales. The report is titled “The Plunder of Black Wealth in Chicago: New Findings on the Lasting Toll of Predatory Housing Contracts.”

Contract buying worked like this: A buyer put down a large down payment for a home and made monthly installments at high interest rates. But the buyer never gained ownership until the contract was paid in full and all conditions were met. Meanwhile, the contract seller held the deed and could evict the buyer. Contract buyers also accumulated no equity in their homes. No laws or regulations protected them.

Home contract sales were a ruthlessly exploitive means of extracting capital from African Americans with no better alternatives in their pursuit of homeownership, the report said. Contract loans were rampant all over the West Side — in East Garfield Park, West Garfield Park and North Lawndale — but also in Englewood on the South Side.

“The takeaway is that we have a history that so many Chicagoans are really not aware of that has really shaped the city and shaped the racial politics of the city. It shaped the economy of the city. In order to move forward and address issues that confront us in terms of poverty and racial discrimination, we have to have a common understanding of what happened in the past,” said Duke University’s Bruce Orenstein, the study’s project director who is doing a documentary series on Chicago’s housing segregation.