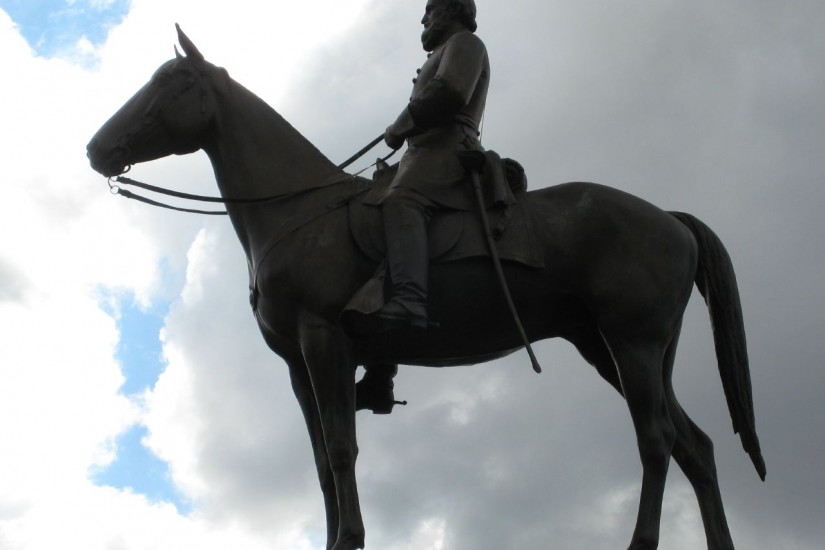 After New Orleans removed four public monuments depicting Confederate leaders and events in May, we asked you, Washington Post readers, to tell us about the dedicated statues, parks and streets near you. You told us about monuments that should come down, and ones that deserve to stay. And some of you made the case for new memorials. We’ve included some of your submissions below. To submit an opinion about a monument near you, click here.

In the capitol square of Raleigh, N.C., there are 14 statues and monuments, and five of them commemorate the Confederacy and its leaders: more than a third of them, memorializing only four years of North Carolina’s three-century history. Much like our legislature itself, this is not representative of who we are as a state. They stand in stark contrast to a historical marker a few blocks away, which I feel represents the right way to remember the darker moments of our history. The marker notes the former location of the North Carolina Eugenics Board and explains that “State action led to the sterilization by choice or coercion of over 7,600 people” — an honest, open assessment of our past misdeeds.

The Civil War is still on the minds of many of my fellow citizens, to the point that they often vote against their own best interests. Our Mississippi state flag is the “monument” I would remove, as it contains a Confederate battle flag that was not associated with any historical battles here, but the symbol carries vestiges of racial prejudice that harm our state. Courthouse statues of unknown Confederate soldiers I might leave in place, with an explanation that the war was really about preserving slavery. But for every one of them, erect another to remember civil rights pioneers here who have tried to change things for the better.—Len Blackwell, 74, Gulfport, Miss.

Create the monument that doesn’t exist: Memorialize the 1811 slave rebellion on the German Coast (near Baton Rouge and New Orleans). I went through 12 years of New Orleans public schools and never heard about it until recently. Want to celebrate history? Start with those slaves’ desperate efforts to be free.

I’d like to make the case for a statue of a REAL woman in Central Park. Sure, you can find Mother Goose, Alice in Wonderland and Juliet with her Romeo, but not one real, historical woman. Elizabeth Cady Stanton and Susan B. Anthony, as pioneers of the women’s movement, should have a historical statue placed in Central Park.

The Elizabeth Cady Stanton and Susan B. Anthony Statue Fund has already secured initial approval. To borrow from Coline Jenkins, an activist and great-great granddaughter of Stanton, it’s time to break through the “bronze patriarchy.”

The statue of Robert E. Lee in Charlottesville’s Lee Park is closely tied to my childhood, as we lived near Lee Park and went there often. Lee made the absolute only decision he could make in the context of his time. He faced a no-win situation: Stay with the Union and betray his state, or go with the Confederacy and betray what had always been his country. He made a difficult choice, but at that point Virginians were Virginians first, Americans second. The country was still new, and the state and its native sons had led the way to forming a remarkable nation. I wouldn’t advocate a new monument, but it seems a terrible final blow to Lee, who suffered a great deal, to tear that one down.

The Chief Hiawatha statue in La Crosse’s Riverside Park on the Mississippi River, erected in 1961, is the site of Fourth of July fireworks and other tourism gateways (Riverfest, Oktoberfest, sightseeing steamboats). It perpetuates racist stereotypes of Native Americans. In 2000, the city council ...