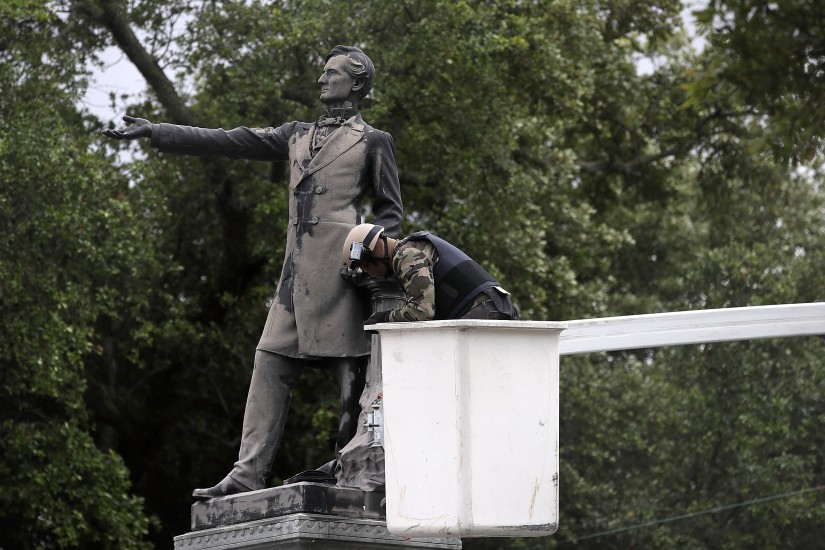 New Orleans Mayor Mitch Landrieu’s well-traveled, May 19 speech on why his city dismantled four Confederate- and Reconstruction-era city monuments sharpens focus about halfway through. He considers the perspective of an African-American, fifth-grade girl, looking up at the statue of Robert E. Lee that, until that day, stood atop a 60-foot column in the middle of a traffic circle. Can you look into that young girl’s eyes and convince her that Robert E. Lee is there to encourage her? Do you think she will feel inspired and hopeful by that story? Do these monuments help her see a future with limitless potential? Have you ever thought that if her potential is limited, yours and mine are too?

It was poignant—and perhaps exactly the kind of centering that’s been needed in the debate over the monuments from the beginning. It also sounded familiar. Just four days before Landrieu’s speech, New Orleans-based activist Michael “Quess” Moore wrote in a blog post for Artsy:

This past Thursday morning, just a few hours after the Jefferson Davis monument was taken from its 106-year-old perch, I showed the news footage to my third graders. I asked them if they could make a connection between the man in the statue and the discussions that we had been having all year. “Yeah, that’s them people who wanted to keep slavery,” they said. “That’s right,” I told them. “And what do you think our city is trying to tell us when they make people like that monuments and put ’em way up in the sky?” “That they over us, like our parents,” said one student. “That they have power,” said another. Ahh…the mouths of babes. I told them that they’d just spoken a truth that even their great-grandparents may have not been able to freely articulate.