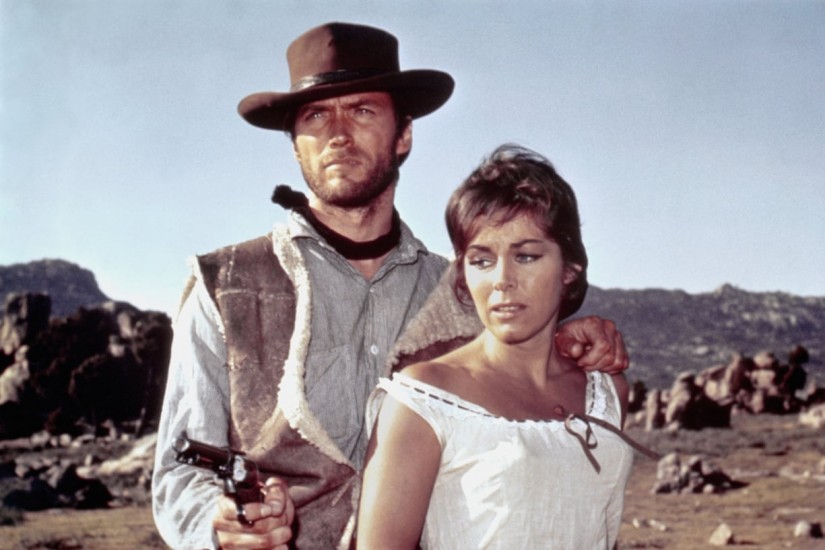 Clint Eastwood and Marianne Koch in A Fistful of Dollars, directed by Sergio Leone in 1964.
Jolly Film, Wikimedia Commons.

The movie that made me consider filmmaking, the movie that showed me how a director does what he does, how a director can control a movie through his camera, is Once Upon a Time in the West. It was almost like a film school in a movie. It really illustrated how to make an impact as a filmmaker. How to give your work a signature. I found myself completely fascinated, thinking: ‘That’s how you do it.’ It ended up creating an aesthetic in my mind.

There have only been a few filmmakers who have gone into an old genre and created a new universe out of it. I really like the idea of creating something new out of an old genre. To some degree, Jean-Pierre Melville did it with the French gangster films. But those Italian guys — Sergio Leone, Sergio Corbucci, Duccio Tessari and Franco Giraldi — did it best. They mostly started off as critics and worked their way up to screenwriters. And then they became the second unit guys, the guys that deliver the action. You have to go to the French New Wave to find a group of men who loved cinema as much as they did — except Leone and the others had a thriving film industry they could work their way into.

Leone’s movies weren’t just influenced by style. There was also a realism to them: those shitty Mexican towns, the little shacks — a bit bigger to accommodate the camera — all the plates they put the beans on, the big wooden spoons. The films were so realistic, which had always seemed to be missing in the westerns of the 1930s, 40s and 50s, in the brutality and the different shades of grey and black. Leone found an even darker black and off-white. There is realism in his presentation of the Civil War in The Good, the Bad and the Ugly that was missing from all the Civil War movies that happened before him. Wild and grandiose as it was, there was never a sentimental streak. Every once in a while he would do a sentimental thing like when the Man with No Name would hand a smoke to a dying soldier in The Good, the Bad and the Ugly, but that’s just about as close to sentimentality as he got.

…
View on The Spectator
View Connections