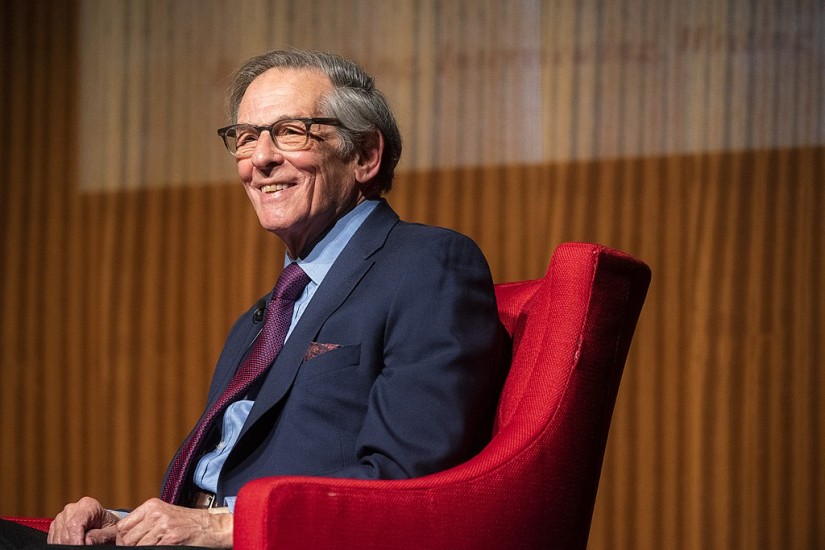 Caro’s excitement when recounting his best detective work — for example, the day he gained access to a cache of carbon copies of Robert Moses’s correspondence, kept in a former parking garage underneath the 79th Street Boat Basis — is palpable and contagious. Even now, when he’s in the middle of writing, he wakes up in the middle of the night to scrawl a paragraph or two.

But Caro seems to be writing about — and from within — a different place and time. He does his first drafts longhand on legal pads, then types his second drafts (on a Smith-Corona Electra 210), triple-spacing the lines as he learned to do in his first life as a newspaperman.

Today, the print journalism he came up in is in decline. The long-term, steady publishing relationships that have sustained him (he started at Knopf and is there still) are also in turmoil. His book jacket mentions a Twitter account; incredulous, I checked it out and was relieved to discover that it is maintained by his publisher, not by Caro himself.

Not just his formative influences but the vision of power that he writes about seems to belong to an earlier epoch. Much of what has fascinated Caro through his long career is old-school, bare-knuckled politicking: Moses wrecking the careers of his opponents by tarring them as Communists; Johnson becoming a conduit for contributions from the Texas oil and gas industries to other Democratic politicians across the country; Johnson stealing an election. The ability to knock down buildings and force people to move in order to slap down a highway where you think it should go. Moses keeping the water in the pool at Jones Beach cold because he thought it would dissuade black people from swimming there.

What is almost always missing is economic power on its own terms, or the ways that even Moses was ultimately subservient to commercial interests in the city. Power, for Caro, is something that belongs to the state, rather than emerging out of economic life. Strong-arming a recalcitrant senator, not closing a factory, is the power that Caro seeks to interrogate. For instance: even though The Power Broker was published just one year before New York City’s near-bankruptcy in 1975, there’s little in the book that might help account for the role that the municipal bond market and the financiers who spoke for it would play in forcing a dramatic reconsideration of the city’s priorities — let alone the idea of government itself.