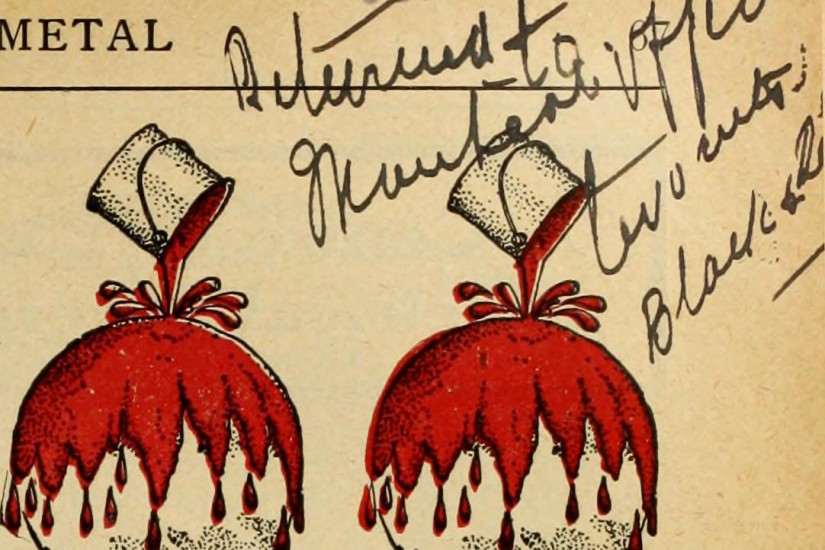 One medical term for lead poisoning is “plumbism.” Another is “lead insult.” Its effects were described by the Greek physician Nicander of Colophon in the second century BC. Some scholars consider chronic lead poisoning to have been a contributing factor in the decline and fall of Rome, as patricians absorbed lead from water pipes, sewage pipes, and lead-sweetened wine. Vitruvius knew that lead was poisonous, as did Benjamin Franklin and Charles Dickens. The 17th-century physician Bernardino Ramazzini observed that “demons and ghosts are often found to disturb the miners” who dig lead.

The International Labour Organization adopted standards in 1919 recommending that women and children be “excluded from employment” in jobs where risk was high for lead exposure, such as “furnace work in the reduction of lead or zinc ores.” At the same time, however, lead paint was marketed for children’s toys, and the American auto industry — General Motors in particular — owed its development to leaded gas. “The United States is now the world’s leading supplier of both lead products and anti-lead-poisoning activism,” notes Christian Warren, author of Brush with Death: A Social History of Lead Poisoning. I became interested in how and why all this had happened. So I began to visit Howard Mielke in his lab, as though I were his unofficial graduate student.

I have now visited Mielke many times. But my impression of him formed in the field, as it were, one May morning in 2012, when my wife and I met him outside the house we were renting in the Uptown neighborhood of New Orleans. He had come as a personal favor to our pediatrician, after our nine-month-old baby’s blood test came back showing a high lead level. We spent that night in a hotel with the baby and his five-year-old sister. She had been tested too, but her level was negligible. (Why the discrepancy between the two kids’ tests? Kindergartners don’t crawl around putting everything they see into their mouths the way babies do.)

We arrived to find Mielke sitting calmly on the front steps. He explained it was obvious where the poison our son ingested had come from: the house next door was being sanded in preparation for painting. Paint chips and dust were everywhere.

It was as though an alternate reality opened up for me. In the first reality — the one in which we had been living — the world was as it seemed. In the second reality, the world was covered in lead. Picture the logo of the Sherwin-Williams Paint Company, created in 1905: a blue-and-white globe over which red paint pours from a can apparently suspended in the upper atmosphere. COVER THE EARTH, it reads.

When I first started thinking about lead, I was engulfed in an Ahab-like obsessiveness. Yet when I stopped thinking about lead, it was hard to start again. The subject is like the substance, impenetrable but compelling. Lead is a prism. This is an odd thing to say about an element that has, among its virtues, the ability to block light and radiation. Lead impedes vision, and it impedes thought. The signature of lead in the periodic table is Pb, atomic number 82. Alchemically, it is associated with Saturn. In the individual and in society, its presence is marked by a kind of amnesia.

One agent of this deliberate historical forgetfulness was Robert A. Kehoe, a toxicologist at the University of Cincinnati who was hired in 1925 as chief medical officer for the Ethyl Corporation — the corporation that in 1974 would sponsor the article about lead paint that Howard Mielke read and questioned. Kehoe was hired at Ethyl Corp. by one of its founders, Charles “Boss” Kettering, an executive at General Motors. Kettering registered 186 U.S. patents. He was a founder of Delco sparkplugs, and later — this is ironic at best — a philanthropist who lent his name to the Memorial Sloan-Kettering Cancer Center. In 1923, he oversaw the establishment of Ethyl Corp. as a joint venture between General Motors and Standard Oil of New Jersey (a.k.a. Esso, a.k.a. Exxon) to produce the fuel additive TEL. The formula proved extremely profitable — “a penny’s worth would treat a gallon” — and the oil-refining and automotive industries suppressed alternatives, including the effective and nontoxic ethanol. Kehoe argued that “lead was a natural part of the human environment and people had developed mechanisms over the millennia to excrete lead as rapidly as they inhaled or ingested it.” Patterson rebutted this “evolutionary” theory, noting that Kehoe’s data establishing “normal” or “natural” lead levels drew from tests on populations had already been exposed to lead in the industrial environment — including workers at a plant that produced TEL. Patterson’s tests, in contrast, measured lead concentrations in skeletons from the Nazca era in what is now Peru (c. 400 AD). Their lead levels were lower by a thousand-fold.