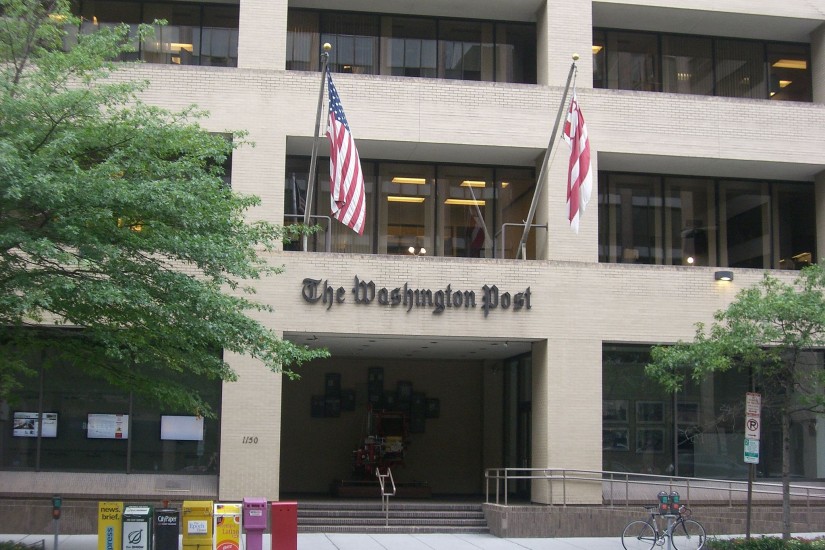 An office of the Washington Post in Washington, D.C.
Michael Fleischhacker/Wikimedia Commons
…

"At best," wrote author Edward Jay Epstein, "reporters, including Woodward and Bernstein, only leaked elements of the prosecutor's case to the public" a few days before it otherwise would have come out anyway. Without any help from the press, Epstein wrote, the FBI linked the burglars to the White House and traced their money to the Nixon campaign – within a week of the break-in. Woodward and Bernstein "systematically ignored or minimized" the work of law enforcement officials to "focus on those parts" of the story "that were leaked to them," Epstein charged.

Kutler found that "local Washington reporting, especially in the Post, closely tracked the FBI's work, relying primarily on raw Bureau reports." Woodstein's account placing the pair at the center of the scandal, the historian wrote, was "self-serving" and "exaggerated," part of "the press' excessive claims for its role." Indeed, he says, even if media coverage during Watergate had been cautious and passive, Nixon would have been forced out of office because an independent court system combined with a Democratic Congress was intent on getting to the bottom of the scandal.

"That's 'if' history, and dubious 'if' history at that," Bernstein counters. "You can't write 'if' history; history is what happened. What happened is that the press coverage played a very big role in making information available that the Watergate break-in was part of something vast and criminal and directed from or near the Oval Office against President Nixon's opponents." Bernstein acknowledges that the "role of Bob [Woodward] and myself has been mythologized" because "in great events people look for villains and heroes" and oversimplify what happened. "At the same time, we were in the right place at the right time and did the right thing."