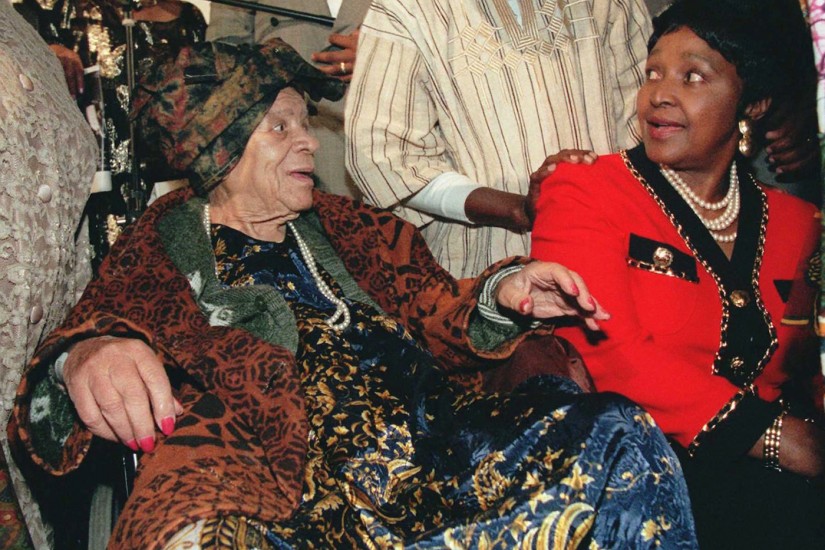 The reparations hearings in the House of Representatives last week turned contentious as experts such as writer Ta-Nehisi Coates traded barbs with politicians, including Senate Majority Leader Mitch McConnell. The bill at the heart of the hearings, H.R. 40, first introduced by Rep. John Conyers Jr. in 1989, would create a commission to study and develop proposals for reparations for descendants of slaves.

While Conyers should be lauded for his original efforts to introduce this legislation, this month’s hearings would not be possible without Audley “Queen Mother” Moore, the founder of the modern reparations movement. Indeed, black women have been at the center of the push for reparations for more than a century. Excluding them from the reparations debate blinds us to the multifaceted modern movement. It also runs the risk of omitting some of the most generative and inventive reparations proposals developed to date.

The debate over reparations is not new. Since the Civil War, black Americans have been imploring the federal government to rectify years of racial terror and prejudice. Some followed Callie House, an ex-slave turned reparations organizer who formed the National Ex-Slave Mutual Relief, Bounty and Pension Association to mobilize freed men and women to lobby Congress for pensions and land in the late 1800s. Others called on the federal government to make good on Special Field Order No. 15, a short-lived Civil War-era law that redistributed confiscated Confederate land to former slaves in 40-acre plots. By the turn of the century, the phrase “40 acres and a mule” became a catchall term for reparations claims.

If House created the reparations movement, Moore modernized and popularized it. Born in 1898, Moore dedicated her nearly century-long life to black liberation. She spent her girlhood in New Iberia, La., and New Orleans, places known for a precarious balance of racial violence and defiant black communities. For Moore, everyday life in turn-of-the-century Jim Crow foregrounded the modern iterations of slavery and Jim Crow.

As Moore came of age in the 1920s and ‘30s, she soon realized that the promises of equality, security and due process, backed by constitutional amendments, were nonetheless out of reach for most black Americans. They were instead replaced by total social and cultural separation, educational and housing segregation and the expulsion of black folks from economic life and advancement. By the 1950s, Moore took action, boldly declaring that “somebody has to pay” for the past and present atrocities black people faced.