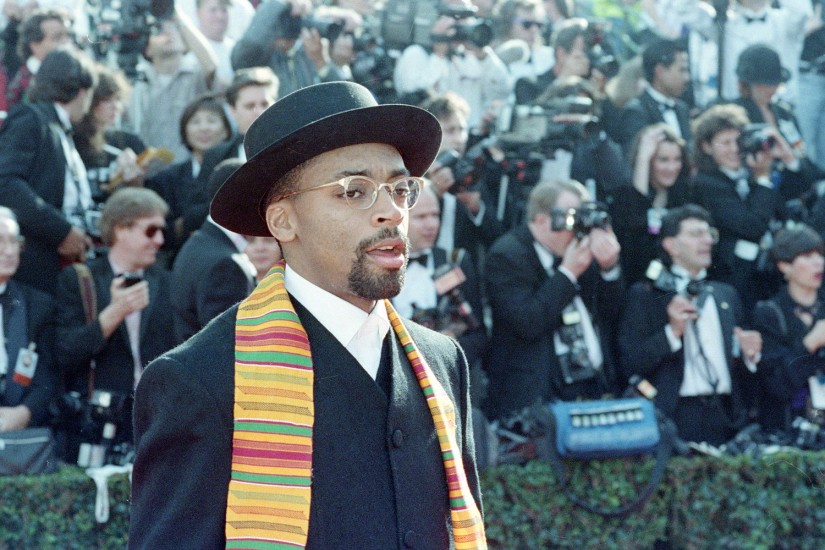 Spike Lee arrives at the 1989 Academy Awards, for which his film "Do the Right Thing" was nominated for Best Screenplay, March 26, 1990.
Associated Press
…

Two years before the videotaped beating of Rodney King, and a full generation before personal handheld devices captured the police killings of Garner, Philando Castile, and Oscar Grant, Jr., Radio Raheem’s cinematic death in the film Do the Right Thing (1989) gave witness to the over-policing of Black communities and the coming crisis of gentrification.

Produced after the well-publicized deaths of Michael Stewart (after an arrest by New York City transit cops), Eleanor Bumpers (in a forced eviction by New York City police), and Michael Griffith (hit by a car running from a racist mob), Do the Right Thing captured the rage experienced by Blacks, not just in the New York area, but nationally. Among some mainstream critics and pundits, the general concern was that the film would contribute to racial tensions. New York Magazine columnist Joe Klein wrote, “If Lee does hook large black audiences, there is a good chance that the message they take from the film will increase racial tensions . . . His film is more trendy than tragic, and reflects the latest riffs in hip black separatism rather than taking a hard look at the problems.” Klein later adds, Lee “is a middle-class intellectual trying to prove his solidarity with ‘the people’ by demonstrating his outrage over white oppression.” In the Washington Post Juan Williams opined, “Despite its defiant attitude and willingness to confront racism and poverty, Do the Right Thing comes up empty-handed—it has nothing to say. The film amounts to shrieking and bullying in the name of frustration, futility, impotence and, finally, self-destruction.”

Yet amidst the anxieties and racist fears of critics, many missed the genius of Lee’s filmmaking, in which powerful images were always aligned with Black sonic interventions, both as language and music. Indeed in Spike Lee’s early films music was a prominent aspect of the narrative, whether it was the colorized dance sequence in the black and white She’s Gotta Have It (1986) that featured the vocals of Ronnie Dyson, the party scene from School Daze that introduced the nation to Go-Go music via E.U.’s “Da Butt,” or Malcolm’s X’s lonely stroll to the sounds of Sam Cooke’s “A Change is Gonna Come” in the biopic that bears his name. Beyond the visual provocations, Lee has never missed an opportunity to link music to his message. His brilliance as a filmmaker and tastemaker is tied to his use of the Black musical archive. Nowhere was this more pronounced than the song that opens Do This Right Thing, Public Enemy’s “Fight the Power.”