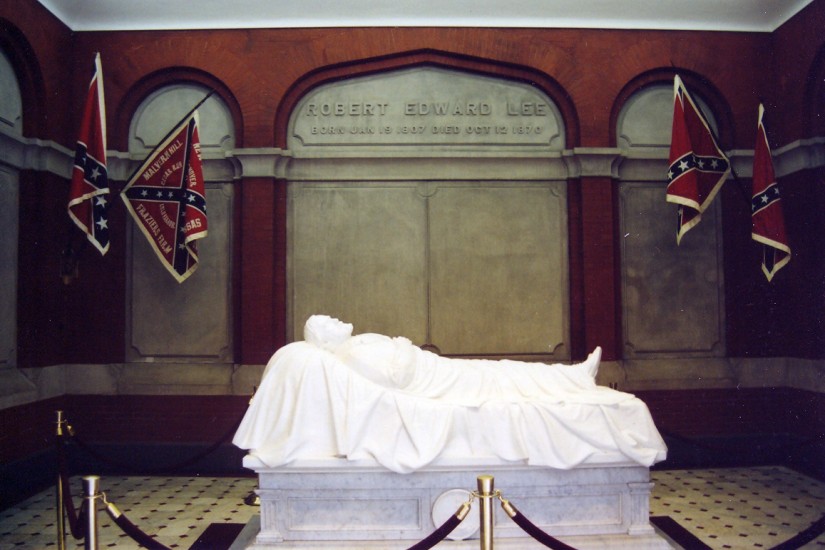 All the statues of Robert E. Lee in Confederate uniform fail to convey one critical point: He was more than that. After Appomattox, Lee turned from being a leader in war to a leader of peace. As I found in examining his religious convictions, he became — largely because of his faith — the South’s preeminent exponent of reconciliation. That, I believe, is why he needs to be remembered, but in a different way.

Just before surrendering, Lee began seeking peace. Some aides proposed fighting an ISIS-style guerrilla war. Lee had none of it.

“The Confederacy has failed,” he told them. “As Christian men, … we must consider only the effect which our actions will have upon the country at large.”

If his men could return home “quietly and quickly” they could “plant crops & begin to repair the rages of the war. That is what I must now try to bring about.”

Realistically, yet faithfully, he looked to the future.

***
Like many, Lee had believed the Confederacy could win only if God so willed. It lost. He connected the dots.

“God has thought fit to afflict us most deeply & his chastening hand is not yet stayed,” Lee, an active Episcopalian, wrote in May 1865, to a priest in Petersburg. “We have only to submit to his gracious will & pray for his healing mercy.”

That meant seeking genuine peace, “that the afflictions & interests of the country may be united and not a forced & hollow truce formed, to be broken at the first convenient opportunity. To this end all good men should labour.”