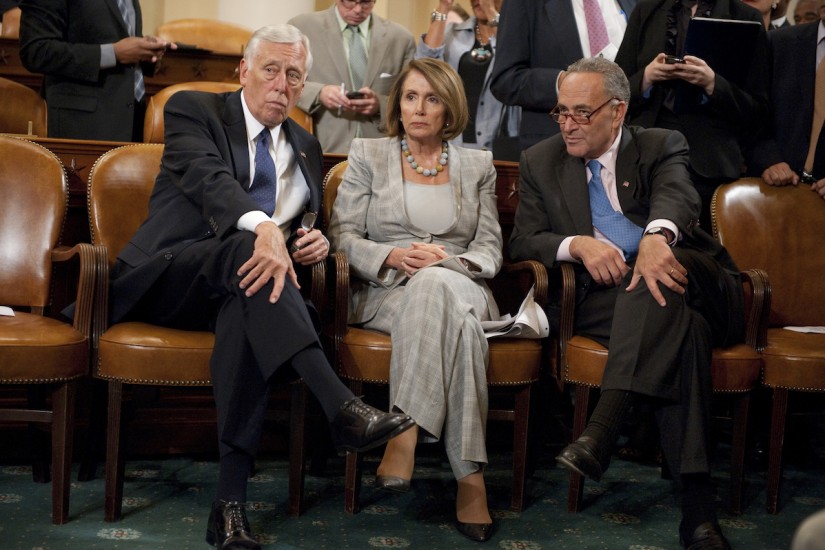 Frustration with the refusal to stand up for principle is boiling over among younger Democrats. On issue after issue — impeachment, Medicare-for-all, a $15 minimum wage, free public college, a Green New Deal — the answer from House Speaker Nancy Pelosi (Calif.) and other Democratic leaders is consistent: Now is not the time; the country isn’t ready. Push too fast or too far, and there’ll be a backlash.

For newer members of the party’s caucus, the older generation’s fear of a backlash is befuddling. “Leadership is driven by fear. They seem to be unable to lead,” said Corbin Trent, a spokesman for Ocasio-Cortez and a co-founder of Justice Democrats, the insurgent political organization that powered her rise, while also backing Omar and Tlaib. “I’m not sure what caused it.”

The answer, in short: the Gipper.

The way the older and younger House members think about and engage with the Republican Party may be the starkest divide between them. Democratic leaders like Pelosi, Joe Biden, Steny Hoyer and Chuck Schumer were shaped by their traumatic political coming-of-age during the breakup of the New Deal coalition and the rise of Ronald Reagan — and the backlash that swept Democrats so thoroughly from power nearly 40 years ago. They’ve spent the rest of their lives flinching at the sight of voters. When these leaders plead for their party to stay in the middle, they’re crouching into the defensive posture they’ve been used to since November 1980, afraid that if they come across as harebrained liberals, voters will turn them out again.

The Ocasio-Cortezes of the world have witnessed the opposite: The way they see it, Democratic attempts to moderate and compromise have led to nothing but ruin. Republicans aren’t the ones to be afraid of. “The greatest threat to mankind is the cowardice of the Democratic Party,” Trent told me.

t’s hard to overstate how traumatizing that 1980 landslide was for Democrats. It came just two years after the rise of the New Right, the Class of ’78 led by firebrands like Newt Gingrich, and it felt like the country was repudiating everything the Democrats stood for. The party that had saved the world from the Nazis, built the modern welfare state, gone to the moon and overseen the longest stretch of economic prosperity in human history was routed by a C-list actor. Reagan won 44 states.

That November saw not just Jimmy Carter defeated but a generation of liberal lions poached from the Senate.