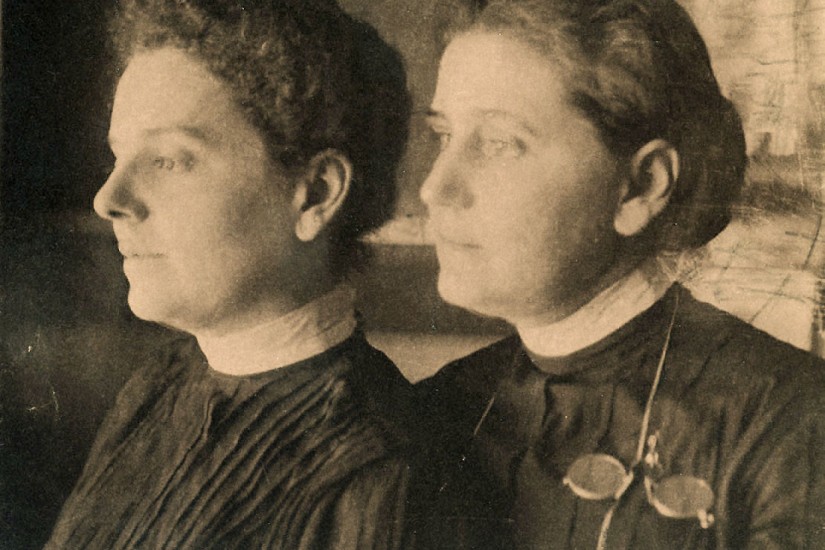 Mary Rozet Smith was well-loved by a long list of extraordinary, historically important women who came through the doors of Hull-House in Chicago. From 1889, when she first visited the settlement and met its young, then unknown founder Jane Addams, until 1934, when she died suddenly of pneumonia at the age of sixty-five, Smith was an unwavering supporter of Hull-House, its residents, and its activities. She became, along with her wealthy and generous family, one of Hull-House’s most important donors. She was also for nearly forty years the dearest friend and most intimate companion of the incomparable Jane Addams. Yet Mary Rozet Smith remains something of a mystery.

Despite her importance to the story of Hull-House and to the personal life of Jane Addams, Mary Smith is an elusive wisp of a historical figure. She was, apparently, content in the shadows, wanting nothing more, or so it seems, than to be generous, to be a devoted daughter, to be a cherished friend, and to be a special confidant of Jane Addams. Mary Smith’s proximity to the most famous social experiment in American history could have made her a valuable witness and informant of that history. Instead, she left historians very few clues about her life, and the loss of her letters to Jane Addams deprive us not only of her voice in that relationship but also of her own importance as a Chicago philanthropist. As Jane Addams’ nephew James Linn wrote in his biography of his beloved aunt: “the interests of [Hull-House] remained the center of her own interests, and the friendship of Mary Smith soon became and always remained the highest and clearest note in the music of Jane Addams’s personal life.”

Just after Mary Smith died, long-time Hull-House resident Dr. Alice Hamilton wrote her sister from Chicago: “I can’t look at my grief over Mary because I should lose my grip. When I came out here I told Mary that she must get well, that she could live on without J. A., but J. A. could not live without her.” Jane Addams had suffered a second heart attack and died just thirteen months after Smith, so the statement was, perhaps, prophetic. But more importantly, what resonates in Hamilton’s words and in Linn’s words, too, is the centrality of Mary Rozet Smith to the Hull-House universe. She was embedded in the heartbeat of the institution and its women, and to one woman in particular, Jane Addams, she offered quiet domestic solace to balance the chaos of public life. However, we cannot truly know who Mary Rozet Smith was, because there is so little evidence of her activities found in newspapers, pubic documents, and organizational records; and, most unfortunately, very few of her own words survive her.