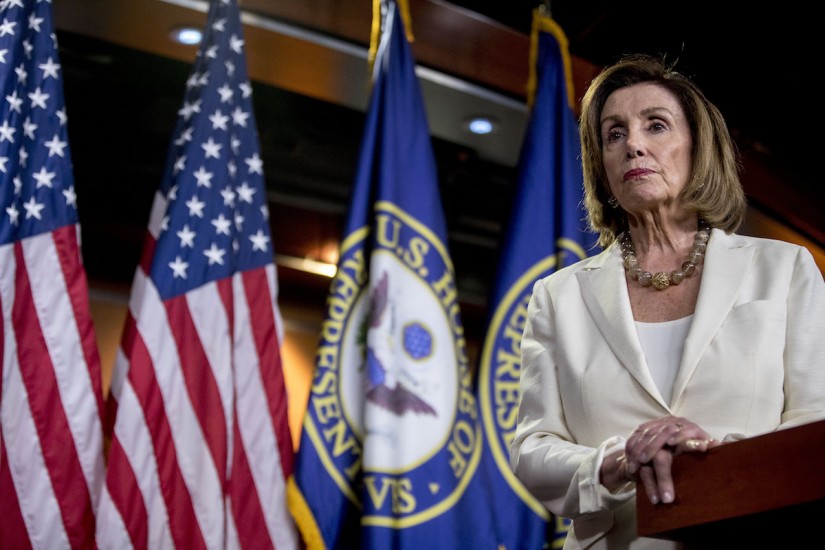 The more relevant historical analogy to Trump’s situation is that of President Richard M. Nixon, during the last two years of his Administration. Nixon won reëlection in a historic landslide in 1972, but his public standing eroded during the summer of 1973, when the televised Senate hearings chaired by Senator Sam Ervin, Democrat of North Carolina, began to reveal the extent and the seriousness of the Watergate crimes. Even so, at the start of 1974, less than thirty-eight per cent of the public were in favor of removing the President from office, and support for Nixon among Capitol Hill Republicans remained strong. A major reason for Nixon’s continued support was the effectiveness of his Administration’s stonewalling strategy of denial and redaction—the same strategy that the Trump Administration has pursued in fighting subpoenas from several current House committees. (On Thursday, the Judiciary Committee voted to issue subpoenas to a dozen people associated with the White House, including Sessions and Jared Kushner.) Still, support for Trump’s impeachment stands at forty-five per cent, according to a June Gallup Poll.

In 1974, the Democrats did not flinch. Based on what was known after the Ervin Committee inquiries—which was nowhere near as conclusive as the evidence amassed against Trump by Robert Mueller—the House Judiciary Committee authorized its chairman, Representative Peter Rodino, of New Jersey, to undertake an impeachment inquiry. That inquiry, alongside the continuing work of the special prosecutor Leon Jaworski, produced the evidence and sustained hearings that decisively turned public opinion—and led to Nixon’s resignation.

In short: Nixon, a popular President who retained public support, finally succumbed to powerful charges once the House fulfilled its constitutional duty. Yet now an unpopular President may get away with acts at least as grievous as Nixon’s because the House will have evaded its constitutional duty. The blame for that evasion would fall on Nancy Pelosi.

Pelosi, more surprisingly, is also ignoring the chief political lesson of the Nixon impeachment. The case against authorizing an impeachment inquiry rests in part on polling, which shows that the public over all remains unconvinced that an impeachment inquiry is warranted—though the number in favor keeps growing. Yet had the House Democratic leadership come to the same conclusion in early 1974—when, it needs remembering, public support for impeachment was actually weaker—Nixon would have finished out his second term. The lesson is simple: on matters as serious as a Presidential impeachment, the opposition must lead, not follow, public opinion; it must examine and develop the evidence in plain view, and not permit the White House to persist in shaping perceptions through concealment and lies.