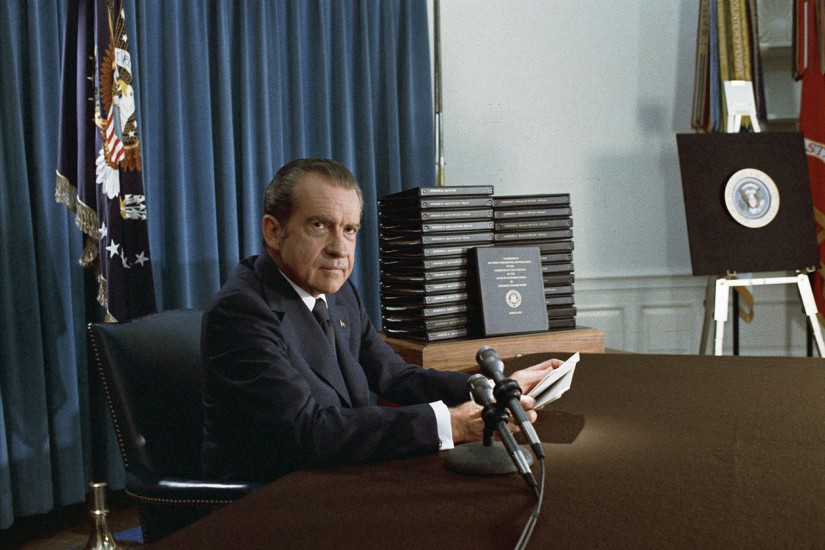 Ever since President Donald Trump fired FBI Director James Comey—precipitating the appointment of a special prosecutor to continue the investigation into Russia’s meddling in the 2016 election, and hijacking several weeks’ worth of news cycles—the president has hiked far into the land of scandal, and the parallels to Watergate have grown more striking by the day.

Trump’s political opponents have been quick to make comparisons: A president paranoid about loyalty and victory tries to obstruct an investigation into his associates once it reaches too close to the Oval Office. They see Comey’s firing as Trump’s own version of Nixon’s “Saturday Night Massacre” (only this time, nobody at the Justice Department resigned in protest).

Trump himself has seemed to welcome the analogy, lobbing his own Nixon-era allusions: hinting at the existence of “tapes” recording his ostensibly private White House meetings with Comey; insisting that all Russia-related allegations are part of a scurrilous “witch hunt” dreamed up by his opponents; invoking the “silent majority” and “forgotten Americans” he’s fighting for; contending that the frequency of leaks is the real scandal; casting the news media in the role of his mortal enemy. Trump’s purpose for doing all of this remains, like many of his actions, mysterious.

But aside from the parallels raised intentionally, any analogs are generally coincidence. History sometimes rhymes, says the old axiom, but it never repeats; it can instruct, yet people and times change drastically.

This isn’t Watergate—at least not yet. There are major differences between the two scandals. Some favor Trump; others do not. But it is best to keep them in mind regardless—and to remember how quickly and drastically things can change in U.S. politics—before the Senate starts printing tickets for an impeachment trial.