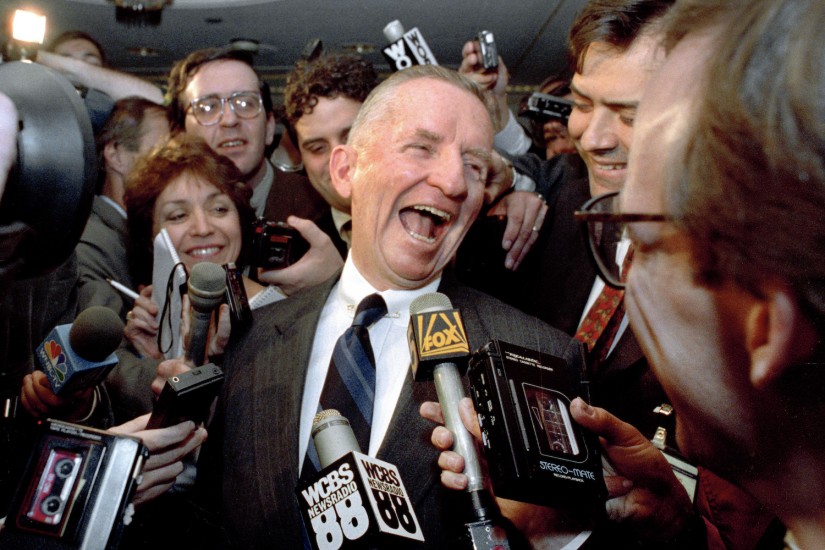 The late Ross Perot was called many things in the course of his 1992 run for president. Vice President Dan Quayle called him a “temperamental tycoon,” Karl Rove called him an “untested wild man,” and editorials dismissed him as an “infantile” narcissist and a “billionaire-bore.” To some, Perot, who passed away on July 9 at the age of eighty-nine, was a quack and crackpot; to others, he was a trailblazing businessman and plainspoken leader. In hindsight, he appears as a Cassandra whose flawed appeal to economic alienation pointed to growing cracks in the political establishment.

His contradictions were many: he was, as one Perot biographer put it, an “Antigovernment patriot, antiunion populist, antimanagement capitalist,” and a “billionaire defender of the underdog.” The issue that most defined Perot during his public life throughout the early 1990s was his steadfast campaign against the North American Free Trade Agreement (NAFTA). In his appearances on Larry King Live, he memorably deplored “the giant sucking sound” of jobs fleeing southward. He disrupted the bipartisan consensus surrounding free trade by clamoring for another way.

In the figure of Perot, for a time electoral politics’ greatest gadfly, we can now see the key economic compromises that Democrats made in this era. Perot matters not just because his economic populism presaged our current autarkic president. He matters because his improbable success hinted at the limitations of the Democratic Party’s pursuit of the ever-elusive economic centrist.

Voters saw Perot, who built his reputation attacking the twin evils of the federal deficit and trade deficit, as a rare dissenter from the orthodoxy that trade liberalization uniformly benefitted American workers. Of course, dissent also emanated from other quarters—most significantly from organized labor, increasingly under siege. Yet by the 1990s, a decade so defined by its economic optimism and euphoria about the end of history, protectionism had been eclipsed in the mainstream of both political parties. Perot’s platform was also a harbinger for the future of both left and right populism. Views that were fringe in Perot’s day were, by 2016, once again front and center.