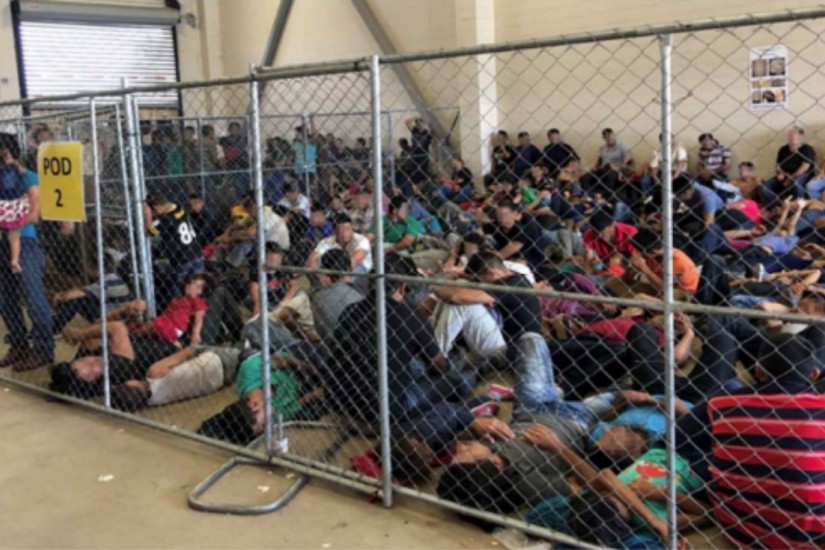 A federally funded museum is telling Americans not to think. On June 24, the United States Holocaust Memorial Museum instructed the public not to consider the relationship between its subject, other historical events, and the present, implicitly reprimanding Rep. Alexandria Ocasio-Cortez for calling American detention centers “concentration camps.” In doing so, it has made nonsense of the slogan “never again” and provided moral cover for ongoing and oppressive American policies.

The Holocaust matters to Americans as the source of moral lessons. The choice we face is whether the lesson is that we are always right or whether the lesson is that we should judge ourselves critically in light of the past. At first glance, the museum’s rejection of “analogies between the Holocaust and other events” might seem like a laudable attempt to affirm the unprecedented character of the mass murder of the Jews of Europe. In fact, it makes conveying the weight of that atrocity impossible, and it releases us from any obligation, as a nation, to self-criticism.

Analogizing is not some mysterious operation: It is how we think. Every time someone asks you for advice about a situation beyond your personal experience, or every time you are faced with an unfamiliar choice, your mind makes analogies with what you do know. Then you ask questions that allow you to clarify similarities and differences. At some point, you have understood and can act. “Never again” is nothing other than an invocation of that process. We start from what we know about the present and make our way back to the 1930s and 1940s. Once we understand something about the history of the Holocaust, we make our way forward again, seeing patterns we would have missed. If we notice a dangerous one, we should act. Without this effort, though, “never again” becomes its own opposite: “It can’t happen here.”

A basic pedagogical device is to ask someone to imagine him or herself in another position—say, as a Jewish child in hiding in Amsterdam. That is a historical analogy, invoked millions of times, one that some teacher or museum guide has used somewhere today. To forbid analogies makes the Holocaust irrelevant to future generations. If an American child can identify with Anne Frank, an American child might ask what it is like for immigrant children to be separated from their parents. To forbid analogies is to forbid learning, and to forbid empathizing. That, sadly, is the point.