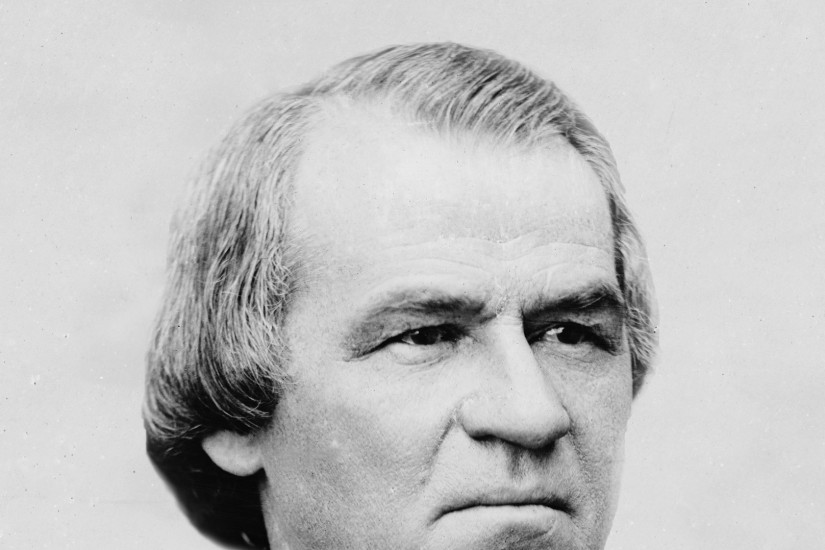 It was an ugly scene that left reporters slack-jawed. The president of the United States—a man notoriously short of temper and stubborn in his disregard for polite convention—had addressed a howling throng of political supporters outside the White House. Rambling and incoherent, he managed to refer to himself over 200 times over the course of an otherwise wild, angry screed. He incited the crowd to violence against his political enemies, including prominent member of the House of Representatives. A moderate news outlet critically observed that he was “the first of our Presidents who has descended to the stump, and spoken to the people as if they were a mob.”

Though Donald J. Trump has attempted to situate his presidency in the tradition of Jacksonian populism, it is another Andrew—Andrew Johnson, the man who staged that lowly performance—who provides the more apt comparison. A full-throated white supremacist and rabble-rousing populist, Johnson—who came to power in 1865 after President Abraham Lincoln’s assassination—offended friends and foes alike with his unrestrained rhetoric and rash exercise of executive authority. As president, he veered from one self-manufactured crisis to another. His political enemies suspected that he colluded closely with enemies of the state.

But it was his impeachment and ensuing Senate trial that offer the best lesson for contemporary observers. If any president deserved removal from office, surely it was Andrew Johnson. And yet he thwarted his opponents’ attempt to drive him from office, however narrowly. His acquittal raised the bar for future generations and makes it unlikely that any president—no matter how widely despised, unsuccessful or objectionable—can be booted from the White House, short of committing a demonstrable crime.