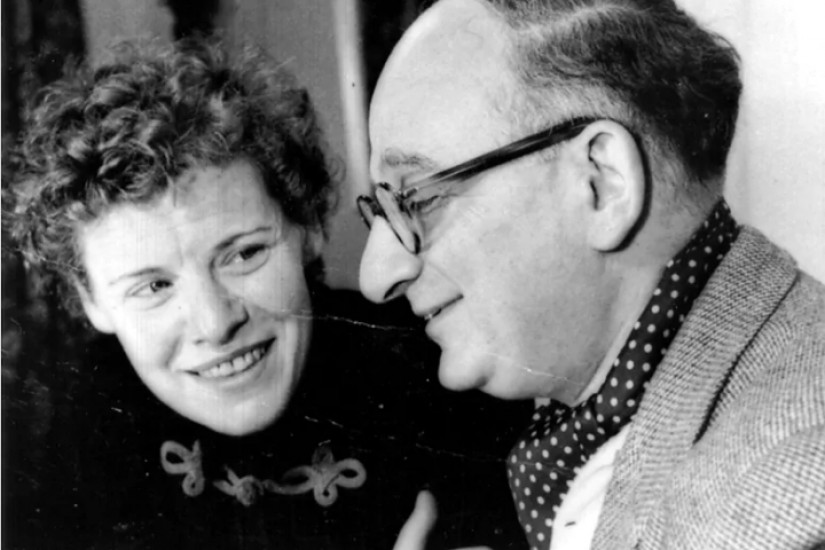 In contrast to the Lintzes and the Hoyts, the Reys had never volunteered to be “the parents of Curious George,” but the moniker caught up with them anyway. Not without a reason: they were childless. While childlessness may have been a regrettable happenstance in news stories about the Lintzes or the Hoyts, it hung over the Reys’ career like the sword of Damocles. As common as the situation may have been among classic American children’s authors (e.g., Margaret Wise Brown and Dr. Seuss), it blighted the married co-authors’ professional credibility.

Nor were the Reys, who described their talents as unusually complementary, consistent paragons of matrimonial virtue. In his diary, Hans resorted to Cyrillic characters, illegible to his wife, to record the departure of a mysterious woman, Lisa. Lesbian editor Ursula Nordstrom showered Margret with flirtatious notes, and Margret also corresponded fondly with black American children’s writer Jesse C. Jackson (he calling her “baby” or “dearest” and once signing off, “with love, your chocolate child”). Moreover, Margret’s reflection on her marriage with Hans (“not the best”), penned three years after his death in 1977, startles with the intimation that the two “did not have contact, neither body nor mind.”

Solicitous interviewers yearned in vain to find out if the Reys had at the very least consulted with children while writing their books, in order to gauge juvenile tastes. No such luck: Curious George hit the soft spot, Margret swore, by a “pure, pleasant” coincidence. She frowned at any suggestion of courting the audience. “Librarians tell me I must l-o-o-v-e children,” she once snapped in half-jest, “I say, ‘No, I don’t like them.’” Small wonder that, PR-wise, a fictional ape-child looked better than no child at all.

The fact that the man in the yellow hat — George’s captor-cum-keeper, trapped in his absurdly bright, forever-colonial animal-trader duds — cut an inept father figure from the start facilitated the Reys’ reluctant surrogacy. His countless parental lapses are conspicuous. In the first book, he changed George’s destination from his personal “home” to “a big Zoo” in a matter of pages. Briefly, he let George smoke — a commonplace in accounts of real-life ape-children — and generally walked the line between leniency and negligence. On the third anniversary of their cohabitation, he announced a trip to an animal show by pointing to the melancholy picture of “George in the jungle.” By comparison, the Reys projected an image of competent caretakers. “Though childless,” The Christian Science Monitor assured in 1970, they “happily ripple through the pages of an unfamiliar episode like practiced parents.”