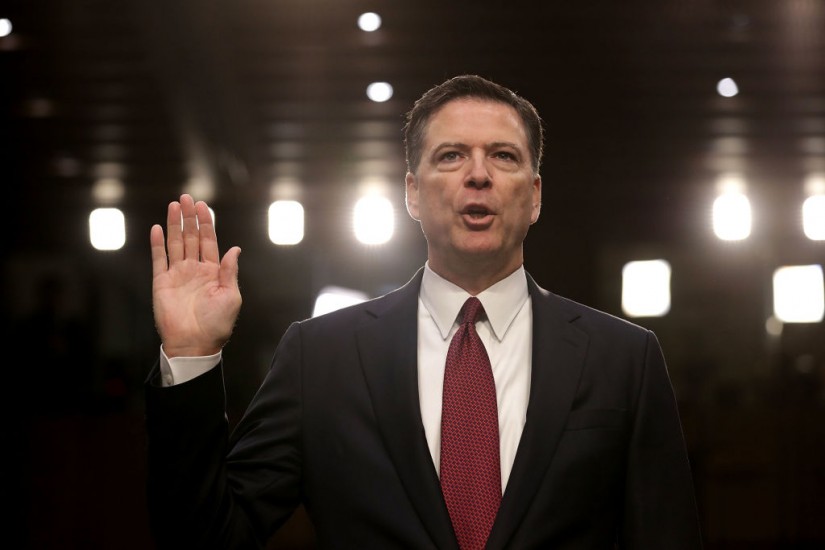 James Comey is sworn in while testifying before the Senate Intelligence Committee.
Chip Somodevilla/Getty Images

Bars and restaurants in Washington, D.C., are opening early on Thursday, the better to accommodate throngs of slack-jawed and bemused politicos who plan to watch former FBI director James Comey deliver sworn testimony before the United States Senate. His opening remarks are already in the public domain—and they are plenty dramatic—but the real moment of enlightenment, and entertainment, will almost surely follow from the many hours of questions and answers. Comey has a proven history of making waves during congressional proceedings, so it’s anyone’s guess what tomorrow will reveal.

This isn’t the first—and it won’t be the last—time that congressional testimony captured the nation’s imagination. From the Army-McCarthy hearings of 1954 to the Iran-Contra hearings in 1987, House and Senate committees have held ordinary citizens in rapt attention. They’ve made the political fortunes of heretofore obscure legislators—think: Harry Truman, Estes Kefauver and Peter Rodino. They’ve launched witnesses into stardom—Joseph Welch and Oliver North. And they’ve brought down powerful men and women.

Comey’s testimony is in this sense an absolutely American phenomenon. Here are some earlier examples of blockbuster hearing moments:

Gettysburg Hearings
Congressional show hearings are by no means a modern phenomenon. In the aftermath of the Union Army’s disastrous rout at Bull Run in 1861, Congress established the Joint Committee on the Conduct of the War, a bipartisan body that quickly morphed into a blunt instrument at the control of radical antislavery Republicans. Prominent members, including Senators Ben Wade of Ohio and Zachariah Chandler of Michigan, and Representative George Julian of Indiana, had long been on the radical edge of their party; they regarded many Northern Democrats as fundamentally disloyal and routinely used the committee to criticize the Lincoln administration for what they suspected was its wobbly commitment to the complete destruction of the South. “A rebel has sacrificed all his rights,” Chandler intoned. “He has no right to life, liberty, or the pursuit of happiness.”