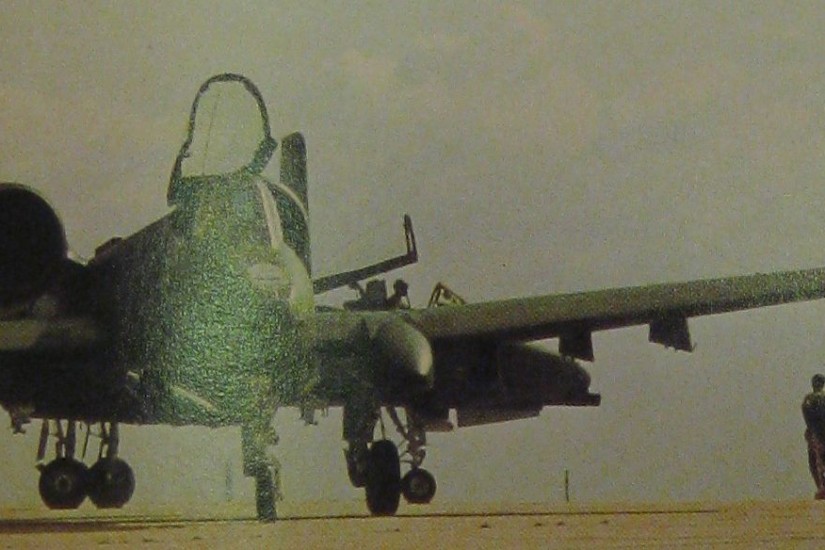 Ground crews race toward an A-10 to prepare it for a sortie during a 1983 war game.
Air Man

One of the Cold War’s great mysteries is how the world survived the second week of November 1983.

That it did is in large part thanks to the actions—or, more accurately, the inaction—of an Air Force officer named Leonard Perroots, who died this January. That it almost did not was a function of Ronald Reagan’s rhetorical and military bellicosity, the Soviets’ fear of that aggressiveness, and a tragicomic degree of misperception. At no other point in history had two nations devoted the level of human, financial, and technical resources that the United States and the Soviet Union did to sussing each other’s intentions. And yet their confusion remained so total that the Soviets mistook a NATO war game for the prelude to an actual attack, even as Reagan thought he was doing his utmost to pursue peace.

For decades, the U.S. government kept whole chapters of this near-catastrophe secret, but the lessons of that fraught autumn are finally coming into focus. And not a moment too soon.

Few would mistake Donald Trump for Ronald Reagan, yet the parallels to the early 1980s are striking. With contradictory statements about both expanding and reducing U.S. nuclear forces, Trump has sown strategic uncertainty among friends and foes alike at a moment when the United States and Russia are modernizing their nuclear arsenals... As Mikhail Gorbachev recently wrote, “It all looks as if the world is preparing for war … the nuclear threat once again seems real.”