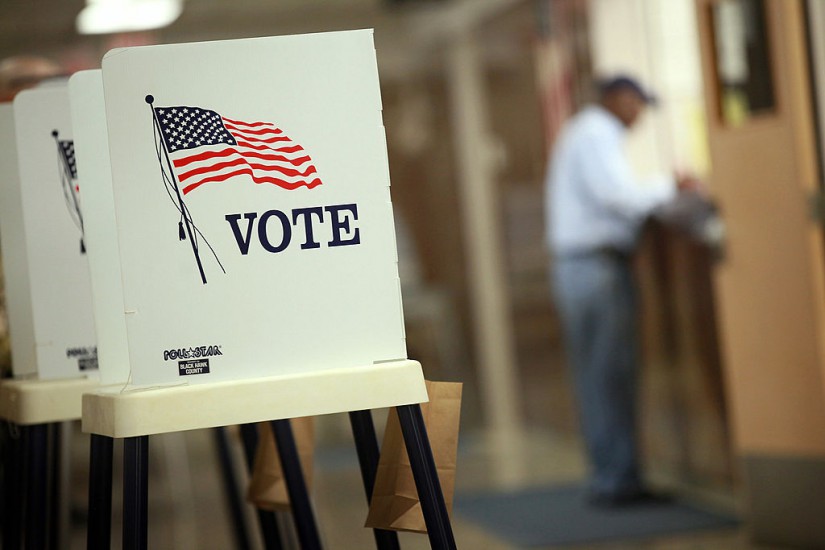 Voting booths set up in Iowa for the 2012 election.
Scott Olson/Getty Images

The voting age was lowered from 21 to 18 only in 1971, by Constitutional amendment. A response to Vietnam, the consensus of the times was summed up in the slogan “Old enough to fight, old enough to vote!” Simple and direct. Like most of boomer politics, the campaign succeeded through an appeal from pride to shame: from the righteously self-centered youth of the Age of Aquarius to an older generation still capable of vague feelings of responsibility for their actions and the future effects of those actions. Its success, however, was at best incomplete. As the boomers aged, spawned, developed their own family romances, discovered market capitalism and medical dreams of eternal life, their early promise of civic engagement was left unfulfilled. America has never recovered from that failed promise. The voting age should have been lowered to 16, at least—because at 18 you could still suddenly be drafted, fight, and die in a war started by a government you had never previously voted for. It’s time for our overly cautious democratic Congress to fix that mistake and bring the voting age down again, even if we no longer have military conscription. Constitutional amendments, after all, are not under the oversight of either the judicial or the executive branch.

Lowering the voting age was always a good idea for American democracy for reasons that have little to do with military and security questions. The old reasons are still there, along with some new ones that have emerged since the ’70s. Lowering the voting age is not just a matter of rewarding potential soldiers with full citizenship rights. Electoral reform that expands the franchise, historically, has led to major social change. That change can be good or bad. On the good side, in America and Western Europe, the abolition of property requirements made possible the eventual enfranchisement of women and former slaves, and laid the foundation for social democracy. On the other hand, it opened the door to revanchist populist governments, such as those of Napoleon III and, later, Fascism. In our case, a lowered voting age might just be the catalyst to help release our stalled democratic, revolutionary energies. It might free us from our two-party stalemate, and end the increasingly brutal and pointless trench warfare for the tiny slice of the electorate known as “swing voters” or “independents.” Or—if voter psychology is as bad as cynics believe it to be—it would confirm the juvenility and irresponsibility imputed to the current “adult” electorate by the similar voting behavior of real juveniles. Why don’t we find out, once and for all, what we’re made of?