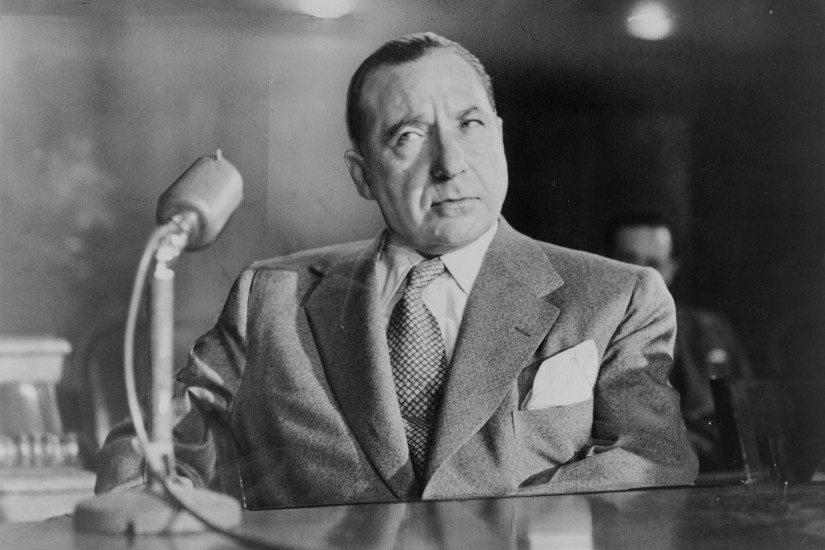 While the Speaker of the House denied requests to livecast debates on the radio about repealing the 18th Amendment in 1932, broadcasters didn’t comply. Instead, aware of the intense public interest around the story, members of the major networks snuck a microphone under the doorway of a library adjacent to the House chamber. Listeners who tuned in were able to hear the vote repealed in real time.

“Radio edged closer to the floor of Congress at the opening session,” wrote Orrin E. Dunlap, Jr. for The New York Times, “but it dared not step over the doorsill.”

The avid audience for the 18th Amendment repeal suggested that radio would soon breach the walls of Congress, and a push to allow radio and TV coverage of Congress began in earnest in the 1940s. As Florida senator Claude Pepper put it: “If we don’t broadcast the proceedings some time and keep step with the advances of radio, the people are going to begin asking whether we are afraid to let them hear what we are saying. It’s their business we are transacting.”

But due to costliness and an unwillingness by members of Congress to have their proceedings recorded, progress was halting. It would take nearly three more decades before the 1970 Legislative Reorganization Act approved continuous live coverage of the chambers, writes congressional research analyst Sarah J. Eckman.

Committee hearings, however, were early adapters of the television medium. Individual committees could decide for themselves whether or not they wanted to be broadcast, and the Senate Armed Services Committee to became the first to do so in 1948. But it would take the right hearing—and the testimony of some of America’s most notorious gangsters—to break through.