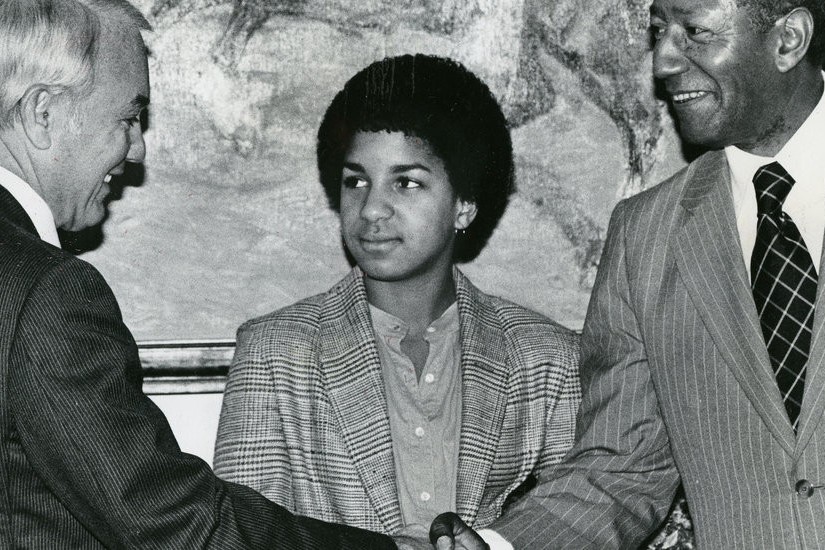 Late 1800s to World War II: seltzer gets social
As time wore on, what Americans wanted from seltzer began to shift. “In the 18th and 19th centuries, seltzer was all about health,” Joseph writes in Seltzertopia. “In the 20th century, seltzer was about the promise of pleasure.”

As industrialization swept America after the Civil War, manufactured seltzer experienced its first boomlet as bottling plants proliferated. Its popularity peaked around the turn of the 20th century as waves of immigrants from Eastern Europe arrived on American shores, bringing their fondness for fizz with them. According to the Encyclopedia of Jewish Food, seltzer became a staple in Jewish households, even earning the nickname “Jewish Champagne.” At delis and candy stores and soda fountains in New York City and beyond, Americans from all walks of life drank seltzer for “two cents plain” or sweetened with an array of syrups, giving birth to classic recipes like the lime rickey and the egg cream.

Seltzer also got a boost from the growing temperance movement, whose leaders had begun warning Americans about the medical and moral dangers of booze nearly a century before Prohibition took effect, in 1920.

“During Prohibition, with the pseudo-demise of alcohol, flavored carbonated beverages took over,” O’Neil explains. “Bartenders and businesses, instead of closing their bars, started opening soda fountains.”

There was even a time, just after World War II, when a seltzer delivery man in New York City might’ve earned more than the President of the United States, Joseph writes. But seltzer’s fortunes soon began to change. In the late 1950s, people started leaving the city for the suburbs, and soda fountains were displaced by diners. Coke became the new king of bubbly beverages, and seltzer entered a decades-long decline.

1980s: the Perrier effect
With the environmental movements of the 1960s and 1970s came a growing concern among American elites about the purity of municipal tap water. In 1976, Perrier first arrived on American shores, just in time to meet that demand. Bottled in Europe since the late 1800s, Perrier found a willing audience of yuppies flush with cash and eager to associate themselves with the cachet of the expensive French brand. That led to renewed interest in American-made seltzers, as the New York Times reported in 1979.

“At a time when the haut monde has turned to Perrier and other sparkling waters in its relentless effort to inject all life with effervescence, a coincidence of nostalgia and the desire for unadulterated products and calorie-less treats has focused attention on the city’s ineradicable and thriving seltzer underground,” read the story, titled “Seltzer: A Renaissance in Fizz.”