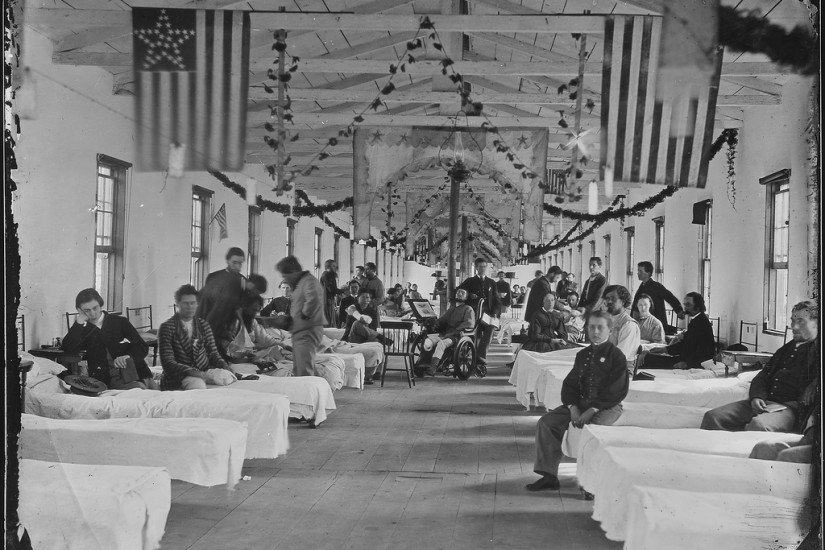 "Gun shot wounds include all injuries produced by firearms, and partake of the nature both of contused and lacerated wounds. The symptoms of a gun shot wound vary with the parts injured. When the wound is merely fleshy, and the mind of the individual wounded is not directed to the injury, the  pain and inconvenience may be so inconsiderable as not too attract his notice, till his attention is called to his condition by the bystanders, or by some circumstances not connected with his injury.

If the wound is produced by a musket ball, the patient will generally first feel a slight tingling in the part, and on looking at the seat of injury perceive a hole smaller than the projected ball, generally smooth lined, inverted and the part more or less swelled, and on examining further, if the ball has made its exit there would be found another opening, which unlike the other will have its margin everted and ragged.

The nervous system of the patient may or may not sympathize with the local injury, if it showed not then the symptoms will be little other than those above described, but on the other hand should it do so, on reaching the patient he will be found very much prostrated, this surface of the body cold, and probably bathed in a clammy perspiration, his countenance will be anxious and depressed, pulse frequent, quick and small, and such other symptoms of collapse."