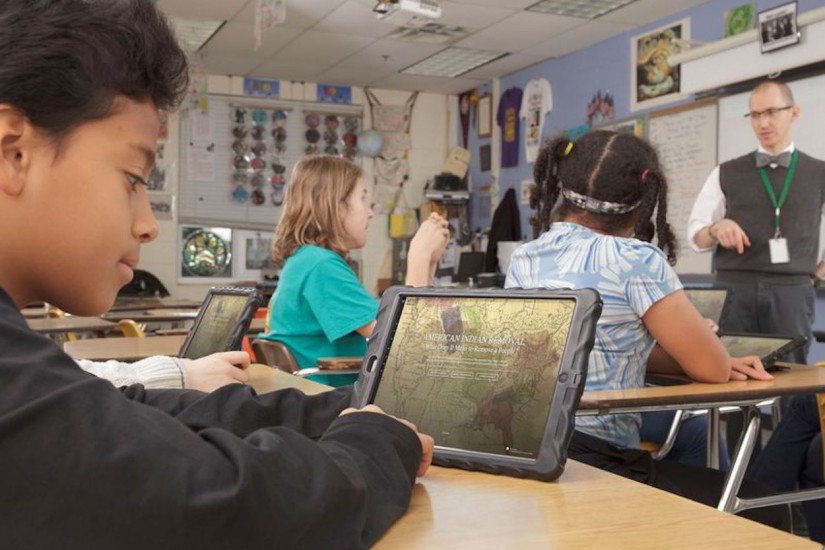 Students who learn anything about Native Americans are often only offered the barest minimum: re-enacting the first Thanksgiving, building a California Spanish mission out of sugar cubes or memorizing a flashcard about the Trail of Tears just ahead of the AP U.S. History Test.

Most students across the United States don’t get comprehensive, thoughtful or even accurate education in Native American history and culture. A 2015 study by researchers at Pennsylvania State University found that 87 percent of content taught about Native Americans includes only pre-1900 context. And 27 states did not name an individual Native American in their history standards. “When one looks at the larger picture painted by the quantitative data,” the study’s authors write, “it is easy to argue that the narrative of U.S. history is painfully one sided in its telling of the American narrative, especially with regard to Indigenous Peoples’ experiences.”

The Smithsonian’s National Museum of the American Indian is setting out to correct this with Native Knowledge 360 Degrees (NK360°). The museum’s national education initiative, first launched in February 2018, builds on more than a decade of work at the museum. The multi-part initiative aims to improve how Native American history and culture is taught in schools across the country by introducing and elevating indigenous perspectives and voices. Just in time for the start of the 2019-2020 school year, the initiative released three new lesson plans, offering a deeper look at the innovations of the Inka Empire, investigating why some treaties between Native American tribes and the U.S. government failed, and providing an in-depth exploration into the context and history of the Cherokee removal in the 1830s.

A summer institute for teachers at the museum in Washington, D.C. is part of a larger, year-round professional development programming. The four-day institute brings about 30 educators from around the country to learn how to better teach Native American history and culture. (NMAI)

At the core of NK360° is the “Essential Understandings,” a ten-part framework to help educators think about how they teach Native history. Some of the understandings directly challenge narratives that are already perpetuated in schools through textbooks and standards, such as the idea of American Indians as a monolithic group: “There is no single American Indian culture or language. American Indians are both individuals and members of a tribal group,” the curriculum asserts. Another myth the curriculum addresses is the idea that American Indians are a people of the past: “Today, Native identity is shaped by many complex social, political, historical, and cultural factors.” And it highlights the work done by Native people to foster their cultural identities: “In the late 20th and early 21st centuries, many American Indian communities have sought to revitalize and reclaim their languages and cultures.”

These essential understandings underpin the initiative’s online lesson plans released cost-free, for teachers to use in their classrooms. Edwin Schupman, manager of NK360° and a citizen of the Muscogee (Creek) Nation, says that the initiative is trying to “meet teachers where they are [and ...