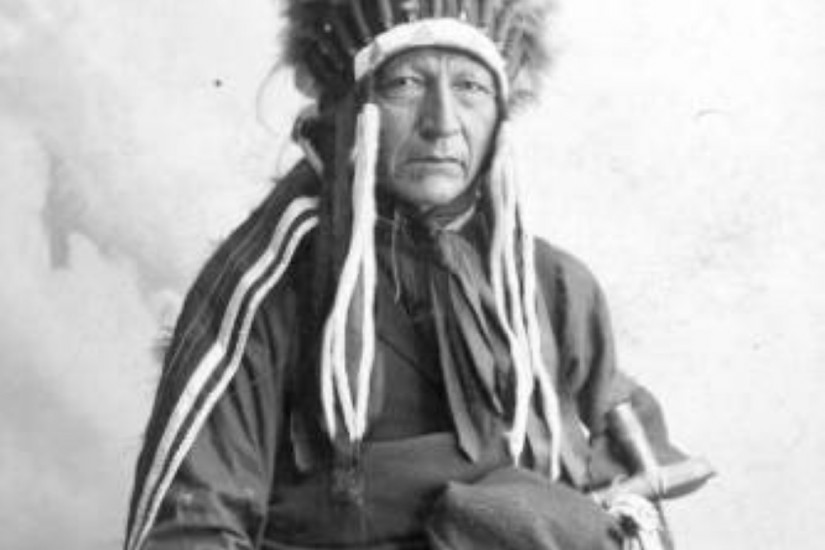 The teenager, on his deathbed, told his dad he was worried that if his bones were not buried with his ancestors, then he would be alone in the afterlife, according to biographer Stephen Dando-Collins.

So in January 1879, Standing Bear left Oklahoma’s Indian Territory for Nebraska with his child’s remains.

That act of grief and love set in motion a chain of events that would make Standing Bear a civil rights hero. On Wednesday, he was honored with a statue representing the state of Nebraska in the U.S. Capitol’s National Statuary Hall.

Standing Bear was born sometime between 1829 and 1834 in the Ponca tribe’s native lands in northern Nebraska. A natural leader, he became a chief at a young age, according to the Nebraska History Museum.

By 1858, the Poncas were forced to cede most of their land except for a small area by the Niobrara River, where they became farmers rather than buffalo hunters. But they did well, growing corn and trading with white settlers often.

Ten years later, as described by Dee Alexander Brown in the classic “Bury My Heart at Wounded Knee,” the remaining Ponca land was mistakenly included in a treaty between the United States and the Sioux tribes.

“Although the Poncas protested over and over again to Washington, officials took no action. Wild young men from the Sioux tribes came down demanding horses as tribute, threatening to drive the Poncas off the land which they now claimed as their own,” Brown wrote.

The U.S. government finally took action in 1876 but not in the way the Poncas had hoped. Congress declared that the Poncas would be moved to Indian Territory in Oklahoma in exchange for $25,000. Though the bill stated clearly this would all happen “with the consent of said band,” when the Poncas declined the inferior land they were offered in Oklahoma, they were forced to leave anyway.

By the time they arrived in Oklahoma in 1878, it was too late in the season to plant; they also didn’t get any of the farming equipment the government had promised them. More than a third of the Poncas died of starvation and disease — including Standing Bear’s sister and his beloved son.