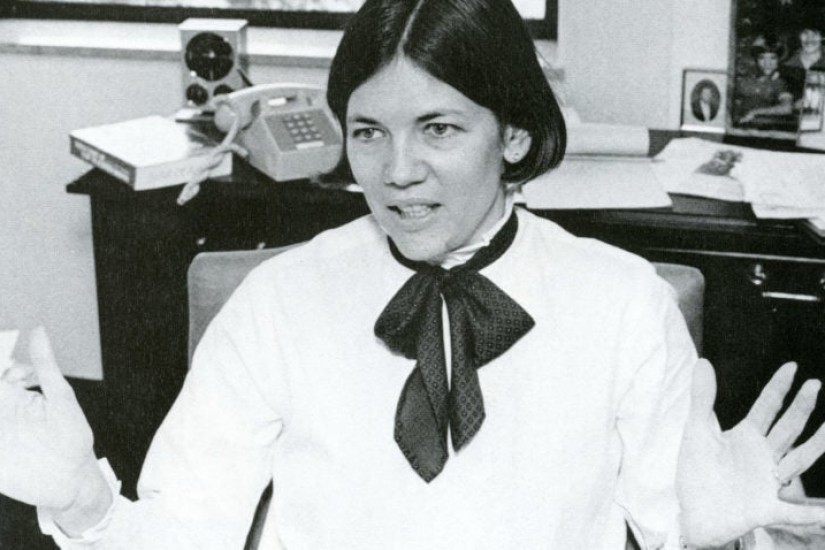 Warren was almost 29, and she knew the campus. A decade earlier, she had dropped out of college to marry her high school sweetheart, Jim Warren. She followed him to Houston, where he had been hired to work as a computer engineer for IBM. She took undergraduate classes at UH — tuition was just $50 a semester — until they moved to New Jersey.

Warren earned her law degree from Rutgers just before giving birth to her second child. She got her foot in the door at UH by offering to teach legal writing, classes viewed by most law professors as grunt work.

Gene Smith, who had talked to Warren by phone, met her at the airport, picking her up in his white 1966 Lincoln Continental. His post-polio syndrome was getting worse, and the damaged muscles in his arms were making it harder to drive, but Smith stubbornly refused to give up the car.

He took her out to dinner with a few others on the hiring committee. They went to his favorite restaurant, a steakhouse called The Stables.

In a story that quickly made the rounds among the faculty — and that Warren later retold at his funeral — Smith ordered a steak, even though his arms were so weak he had trouble cutting it into smaller pieces. The waitress usually helped, but this time, when the steak arrived, Smith pushed the plate over to Warren and ordered her to cut it up for him.

“I guess it was his way of testing her to see how easily she would be manipulated,” Mixon recalled.

“I thought you knew that when you ordered the steak,” she coolly replied.

Everyone at the table laughed, including Smith, who advocated for Warren to be hired.

Sitting at that table full of men who smiled as Smith pushed the steak her way, she knew what she would have to endure to teach. “I knew it from the first minute,” Warren said.

She also knew that as a woman who had graduated from a lower-tier law school, with limited teaching experience and two young children at home, she was not a top prospect.

“I had no other options,” she said.