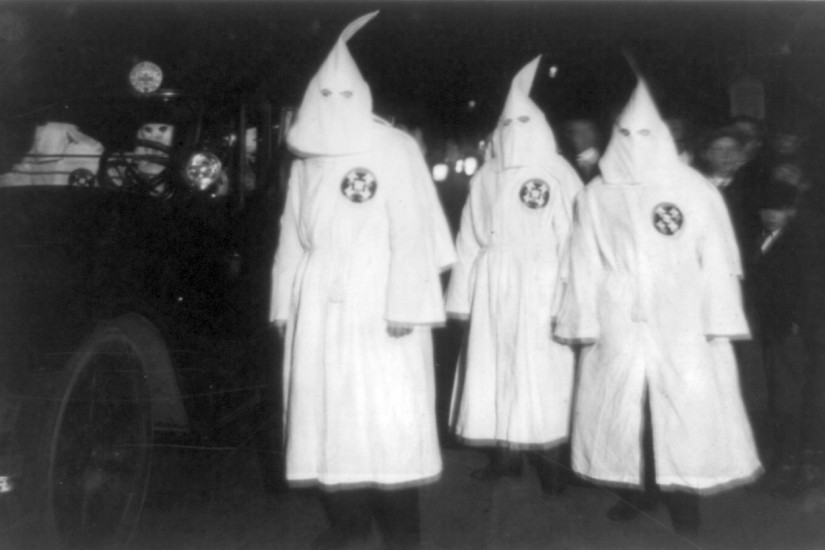 Menacing and attacking former slaves was a Southern white pastime for as long as there had been former slaves. Frank McCord had himself led a failed anti-freedman mob but couldn't convince his neighbors to join. (This was before he formed the Klan.) Parsons makes a convincing case that white supremacy and politics in general were not foundational motivations for the Pulaski Klan; within a year, though, freedmen and their Republican allies would become the Klan's targets. The book is careful not to draw some artificial line between the Klan as some bros just kidding around and the Klan as a vicious terrorist organization. For a Ku Klux, the two were one and the same.

Even as they took to organized murder, comedy was central to the Klan's elaborate performance. The Reconstruction Klan wore a motley variety of costumes—and they were costumes, sometimes re-purposed from parties—not just ghosts and demons, but also "moon men." (The white uniforms didn't show up until later.) They wore women's dresses for the same reason a lot of men do so: Fun. During attacks, Klansmen spoke in fake accents and used spooky ghost voices. "Ku-Klux endeavored to portray victims' entirely rational fear of their physical violence as though it were superstition or gullibility," Parsons writes. "The victim, tellingly, failed to 'get the joke,' allowing himself or herself to be frightened by 'ghosts' or 'devils.'" Staging lethal violence as their own inside joke gave Klan members a sense of power and control; they tried to deprive their victims of even a dignified story.