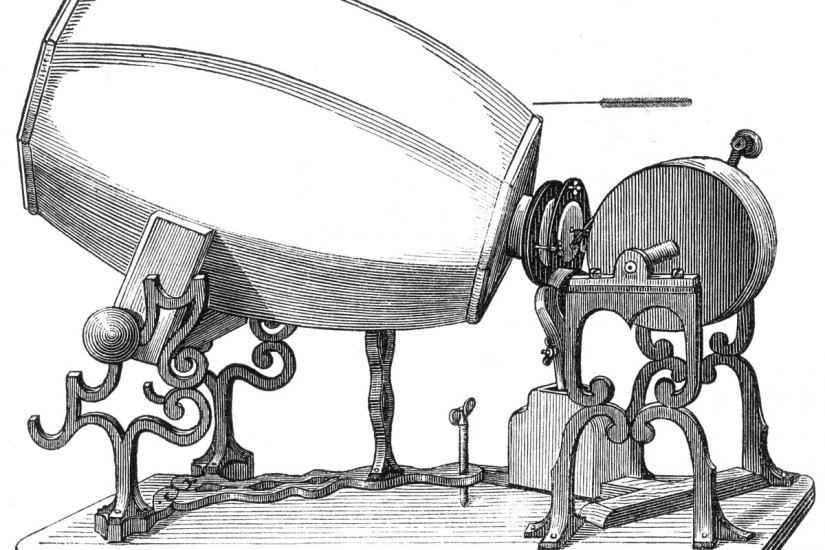 "Might a writer dictate a fleeting dream in the middle of the night and upon waking find not only that it has been written, but rejoice in his freedom from the pen—that instrument that struggles with and chills expression?”

So mused the nineteenth-century French inventor Edouard-Léon Scott de Martinville, who believed the technology he had developed might enable this conversion of speech to text.

Scott has largely lurked in the footnotes of history. Credit for the discovery of sound recording, according to American conventional wisdom, has gone to inventor Thomas Edison. Tinkering in his laboratory in Menlo Park, New Jersey, in 1877, Edison found he could register noises as grooves on tinfoil-wrapped cylinders that could be played back multiple times, until the tinfoil tore. In this version of history, all our modern audio technologies descend from Edison’s phonograph, at the very top of the recording family tree.

Two decades before Edison, however, Scott claimed to have captured sounds out of the air using his own invention, which he called the phonautograph.
His machine was made up of a large drum (later versions would use a horn much like the phonograph’s). Sounds directed into the drum vibrated against a membrane attached to a needle, which etched the undulating lines onto soot-blackened paper wrapped around a hand-cranked cylinder.

These strips of paper were Scott’s recordings, or “phonautograms,” but he never developed a way to play them back. He didn’t think it possible—but the prospect didn’t really interest this man of letters. Instead Scott spent years studying his squiggly lines, hoping they represented a “natural stenography” people might learn to read by sight. No one would hear the sounds he recorded until 2008, when Scott’s own voice would speak directly to listeners more than a hundred years after his death.