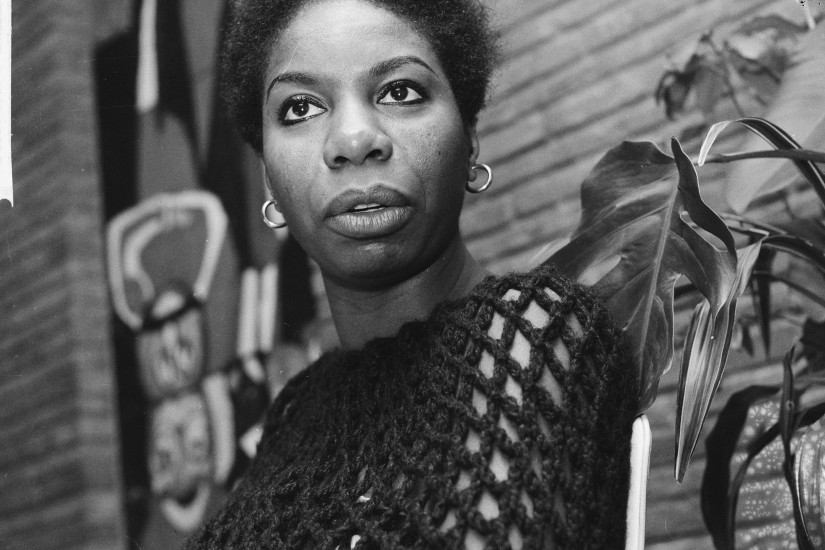 On June 12, 1963, in the early morning after president John F. Kennedy’s Civil Rights address, activist Medgar Evers was shot in the back as he stood in the driveway of his Mississippi home. He was returning from a meeting with NAACP lawyers and officials, and carried an armload of T-shirts that read “Jim Crow Must Go.” Evers was taken to a local hospital, where he died less than an hour after being admitted.

On September 15, 1963, four girls were killed when white supremacists planted more than a dozen sticks of dynamite beneath the side steps of the African-American 16th Street Baptist Church in Birmingham, Alabama. The children were preparing for a sermon titled “A Love That Forgives.” According to one witness, their bodies flew across the basement “like rag dolls.”

When she heard the news, jazz musician Nina Simone was paralyzed. “It was more than I could take,” she remembered, “and I sat struck dumb in my den like St. Paul on the road to Damascus: all the truths that I had denied to myself for so long rose up and slapped my face. The bombing of the little girls in Alabama and the murder of Medgar Evers were like the final pieces of a jigsaw puzzle that made no sense until you had fitted the whole thing together. I suddenly realized what it was to be Black in America in 1963, but it wasn’t an intellectual connection…it came as a rush of fury, hatred and determination. In church language, the Truth entered into me and I ‘came through.'”

Simone’s initial reaction was less than Christian. “I had it in mind to go out and kill someone,” she remembered. “I tried to make a zip gun.”

Andy, her husband and manager, intervened. “Nina,” he said, “you can’t kill anyone. You are a musician. Do what you do.”

An hour later, Nina Simone had composed a song called “Mississippi Goddam.” “It was my first civil rights song,” she recalled, “and it erupted out of me quicker than I could write it down.”