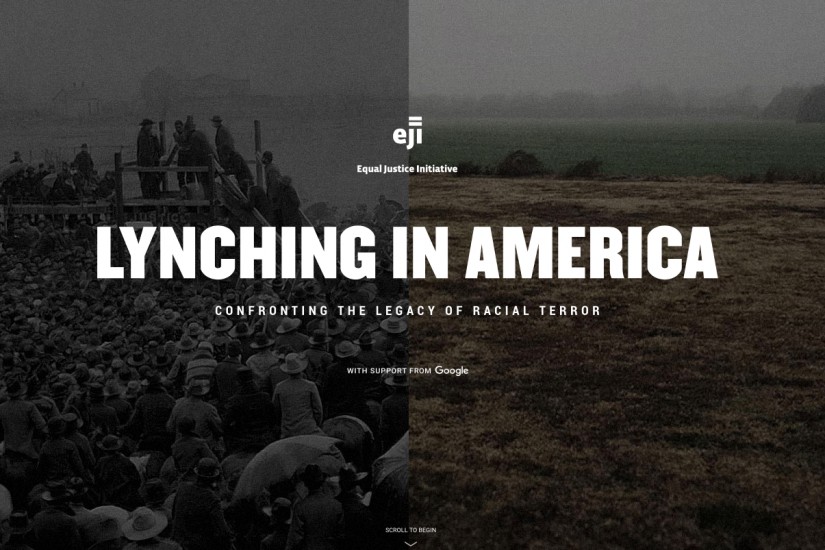 During the period between the Civil War and World War II, thousands of African Americans were lynched in the United States. Lynchings were violent and public acts of torture that traumatized black people throughout the country and were largely tolerated by state and federal officials. These lynchings were terrorism. “Terror lynchings” peaked between 1880 and 1940 and claimed the lives of African American men, women, and children who were forced to endure the fear, humiliation, and barbarity of this widespread phenomenon unaided.

Lynching profoundly impacted race relations in this country and shaped the geographic, political, social, and economic conditions of African Americans in ways that are still evident today. Terror lynchings fueled the mass migration of millions of black people from the South into urban ghettos in the North and West throughout the first half of the twentieth century. Lynching created a fearful environment where racial subordination and segregation was maintained with limited resistance for decades. Most critically, lynching reinforced a legacy of racial inequality that has never been adequately addressed in America. The administration of criminal justice in particular is tangled with the history of lynching in profound and important ways that continue to contaminate the integrity and fairness of the justice system.

This report begins a necessary conversation to confront the injustice, inequality, anguish, and suffering that racial terror and violence created. The history of terror lynching complicates contemporary issues of race, punishment, crime, and justice. Mass incarceration, excessive penal punishment, disproportionate sentencing of racial minorities, and police abuse of people of color reveal problems in American society that were framed in the terror era. The narrative of racial difference that lynching dramatized continues to haunt us. Avoiding honest conversation about this history has undermined our ability to build a nation where racial justice can be achieved.