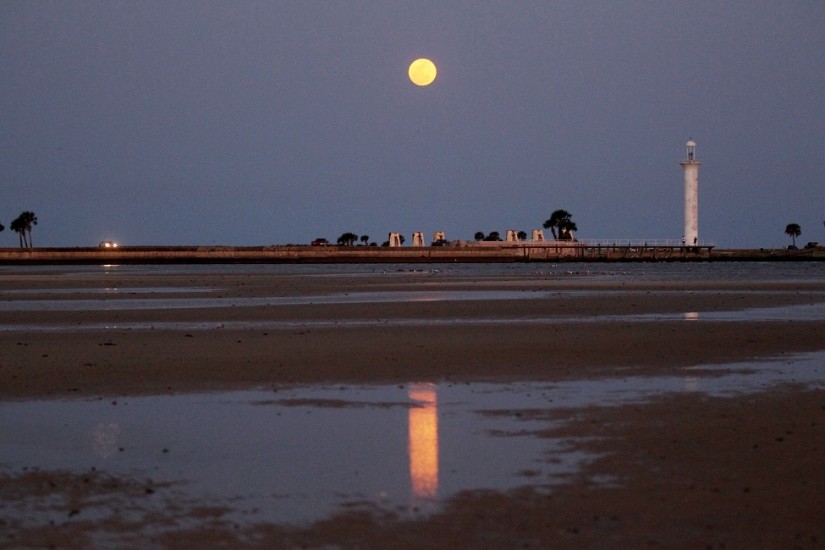 The moon rises over the beach in Biloxi, Mississippi (April 17, 2011).
Mario Tama/Getty Images

Not quite a year before the famous sit-in in Greensboro, N.C., became a civil-rights milestone, activists in Biloxi, Miss., decided to tackle segregation in a place that required more than sitting: the ocean.

Other wade-ins would follow, though it would take about a decade for a judge to declare that the beach had to be open to all. Now, a project that commemorates those wade-ins has been named one of the winning ideas in the annual Knight Cities Challenge, a $5 million competition that awards ideas to improve cities. The 2017 crop, announced this week, includes the Gulf Coast Community Design Studio's concept for a public project that creates spaces on the beaches of Biloxi for citizens to meet where the protests took place, and for a pop-up event at which witnesses and others will discuss the wade-in as well as modern issues of race in community.

"I suspect [the wade-ins] sort of got overshadowed by some of the activities that followed later," David Perkes, director of the Design Studio. "But they established a public beach that's still important on the Gulf Coast."