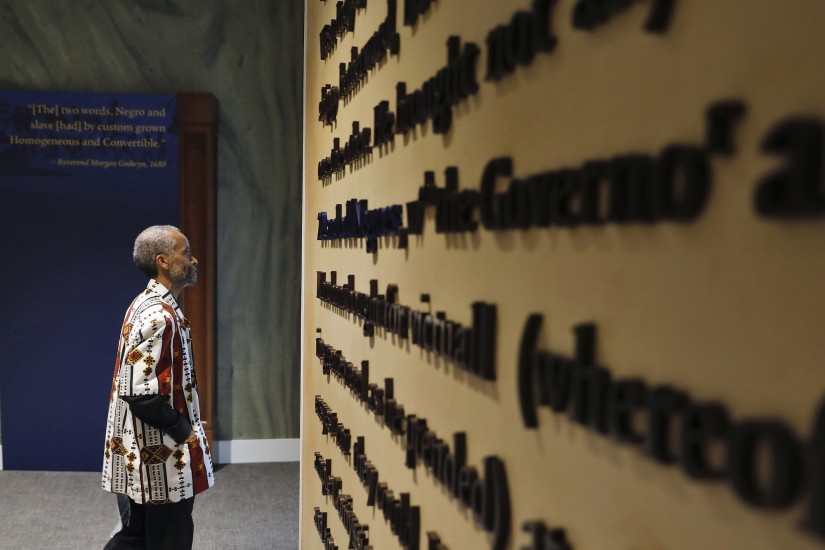 ... that “cannot be described as interpretation or ‘framing’” and says the project reflected “a displacement of historical understanding by ideology.” Wilentz and his fellow signatories didn’t just dispute the Times Magazine’s interpretation of past events, but demanded corrections.

... that “cannot be described as interpretation or ‘framing’” and says the project reflected “a displacement of historical understanding by ideology.” Wilentz and his fellow signatories didn’t just dispute the Times Magazine’s interpretation of past events, but demanded corrections.

In the age of social-media invective, a strongly worded letter might not seem particularly significant. But given the stature of the historians involved, the letter is a serious challenge to the credibility of the 1619 Project, which has drawn its share not just of admirers but also critics.

Nevertheless, some historians who declined to sign the letter wondered whether the letter was intended less to resolve factual disputes than to discredit laymen who had challenged an interpretation of American national identity that is cherished by liberals and conservatives alike.

“I think had any of the scholars who signed the letter contacted me or contacted the Times with concerns [before sending the letter], we would've taken those concerns very seriously,” Hannah-Jones said. “And instead there was kind of a campaign to kind of get people to sign on to a letter that was attempting really to discredit the entire project without having had a conversation.”

Underlying each of the disagreements in the letter is not just a matter of historical fact but a conflict about whether Americans, from the Founders to the present day, are committed to the ideals they claim to revere. And while some of the critiques can be answered with historical fact, others are questions of interpretation grounded in perspective and experience.

In fact, the harshness of the Wilentz letter may obscure the extent to which its authors and the creators of the 1619 Project share a broad historical vision. Both sides agree, as many of the project’s right-wing critics do not, that slavery’s legacy still shapes American life—an argument that is less radical than it may appear at first glance. If you think anti-black racism still shapes American society, then you are in agreement with the thrust of the 1619 Project, though not necessarily with all of its individual arguments.

The clash between the Times authors and their historian critics represents a fundamental disagreement over the trajectory of American society. Was America founded as a slavocracy, and are current racial inequities the natural outgrowth of that? Or was America conceived in liberty, a nation haltingly redeeming itself through its founding principles? These are not simple questions to answer, because the nation’s pro-slavery and anti-slavery tendencies are so closely intertwined.

The letter is rooted in a vision of American history as a slow, uncertain march toward a more perfect union. The 1619 Project, and Hannah-Jones’s introductory essay in particular, offer a darker vision of the nation, in which Americans have made less progress than they think, and in which black people continue to struggle indefinitely for rights they may never fully realize. Inherent in that vision is a kind of pessimism, not about black struggle but about the sincerity and viability of white anti-racism. It is a harsh verdict, and one of the reasons the 1619 Project has provoked pointed criticism alongside praise.

Americans need to believe that, as Martin Luther King Jr. said, the arc of history bends toward justice. And they are rarely kind to those who question whether it does. Most Americans still learn very little about the lives of the enslaved, or how the struggle over slavery shaped a young nation. ...