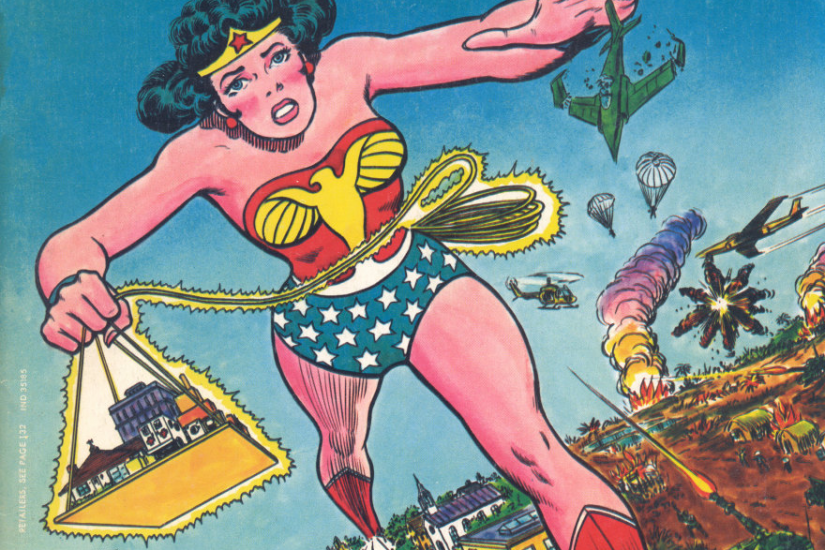 One hardly had even enough time to shout "Suffering Sappho!" before feminist critiques of the new Wonder Woman film emerged online following the film's release in early June. As superheroes go, Wonder Woman had some serious feminist credentials: She's the brainchild of William Moulton Marston, a psychologist who created her in the early 1940s in order to counter what he called "the bloodcurdling masculinity" of comics, and was inspired by the suffragette movement. But the film's fight scenes have been more polarizing, prompting some female audiences to shed both real and figurative tears of joy, and others to decry that the new Wonder Woman (played by Gal Gadot) is a token woman in a men's film, too scantily clad to be a figure of female empowerment. "By the time the action got too fast-paced and loud for any more characters to marvel at Diana’s fine bod and bone structure, I was about an hour past being sick of the 'sexy lady is also hypercompetent' joke," wrote Slate's Christina Cauterucci.

None of this hand-wringing is new: Wonder Woman and her looks have been the subject of feminist debate for nearly as long as she's been published. Moreover, Wonder Woman is the first film starring a female superhero to emerge since 2005's ill-fated Elektra: It's only natural that viewers starved of representation onscreen should scrutinize that representation.