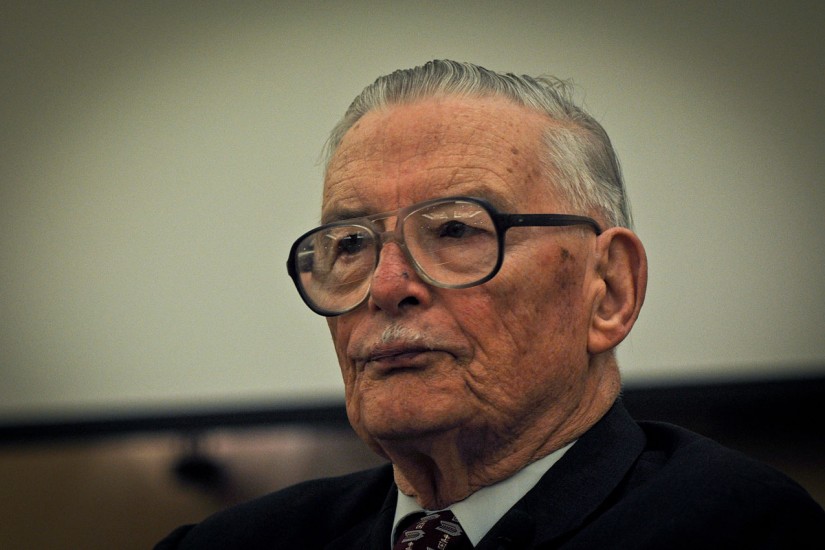 At his death in 2013, Buchanan was hardly known outside the world of economists and libertarians, but his ideology remains much in force. His view of Social Security—a “Ponzi scheme”—is shared by privatizers like Paul Ryan. More broadly, Buchananism informs the conviction on the right that because the democratic majority can’t really be trusted, empowered minorities, like the Freedom Caucus, are the true guardians of our liberty and if necessary will resort to drastic measures: shutting down the government, defaulting on the national debt, and plying the techniques of what Francis Fukuyama calls our modern “vetocracy”—refusing, for example, to bring an immigration bill to a House vote lest it pass (as happened in the Obama years) or, in the Senate, defying tradition by not granting a confirmation hearing to a Supreme Court nominee.

To see all this as simple obstructionism, perversity for its own sake, is a mistake. A cause lies behind it: upholding the sanctity of an ideology against the sins of the majority. This is what drives House Republicans to scale back social programs, or to shift the tax burden from the 1 percent onto the parasitic mob, or to come up with a health-care plan that would leave Trump’s own voters out in the cold. To many of us, it might seem heartless. But far worse, Buchanan once explained in a famous essay, is misguided Good Samaritanism, which, by helping the unlucky, cushions them against the consequences of their bad choices. This is exactly the sentiment voiced by the House Republican who voted to strip away Obamacare and then explained that the new proposal, which punishes people with preexisting medical conditions, has the advantage of “reducing the cost to those people who lead good lives.”

With a researcher’s pride, MacLean confidently declares that Buchanan’s ideological journey, and the trail he left, contains the “true origin story of today’s well-heeled radical right.” Better to say that it is one story among many in the long narrative of conservative embattlement. The American right has always felt outnumbered, even in times of triumph. This is the source of both its strength and its weakness, just as it was for Buchanan, a faithful son of the South, with its legacy of defeats and lost causes. MacLean’s undisguised loathing of him and others she writes about will offend some readers. But that same intensity of feeling has inspired her to untangle important threads in American history—and to make us see how much of that history begins, and still lives, in the South.