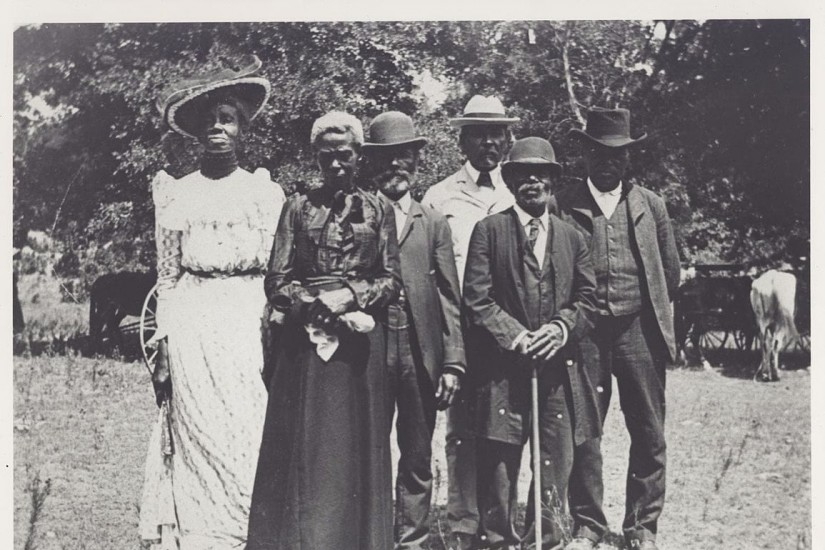 Texas freedpeople kept alive the memory of emancipation and Reconstruction in ceremonies that eventually became named Juneteenth. Begun in 1866, During the Civil War, white planters forcibly moved tens of thousands of slaves to Texas, hoping to keep them in bondage and away from the U.S. Army. Even after Lee surrendered, Confederate Texans dreamed of sustaining the rebel cause there. Only on June 2, 1865, after the state’s rebel governor had already fled to Mexico, did Confederate Lieutenant General Edmund Kirby Smith agree to surrender the state. For more than two weeks, chaos reigned as people looted the state treasury, and no one was certain who was in charge.

In that chaos, many African-Americans fled, some across the river in Mexico, a less-remembered pathway to freedom in the decades before the Civil War. Others launched strikes or refused to work. But in a state where whites outnumbered slaves more than two-to-one, planters and ranchers did everything in their power to sustain slavery wherever they could.

Granger’s arrival on June 19 marked the first effective intervention of the United States in Texas on the side of ending slavery. So when Granger issued his proclamation in Galveston, it was no abstract or symbolic statement against slavery and rebellion; he was striking a blow against slavery itself in the place where it remained most firmly entrenched in June 1865.

But what did Granger’s proclamation mean? One oft-told myth has it that Texans simply did not know that slavery had ended. What Granger brought, in this telling, was good news. But if we listen to the words of someone like Felix Haywood, a slave in Texas during the Civil War, we see that this was not so. “We knowed what was goin’ on in [the war] all the time,” Haywood later remembered. At emancipation, “We all felt like heroes and nobody had made us that way but ourselves.”

If Haywood and other enslaved people knew about the Emancipation Proclamation, what exactly did the events of June 19, 1865 mean? Here we face a key forgotten reality about the end of the Civil War and slavery that has been shrouded in the mythology of Appomattox. The internecine conflict and the institution of slavery could not and did not end neatly at Appomattox or on Galveston Island. Ending slavery was not simply a matter of issuing pronouncements. It was a matter of forcing rebels to obey the law.